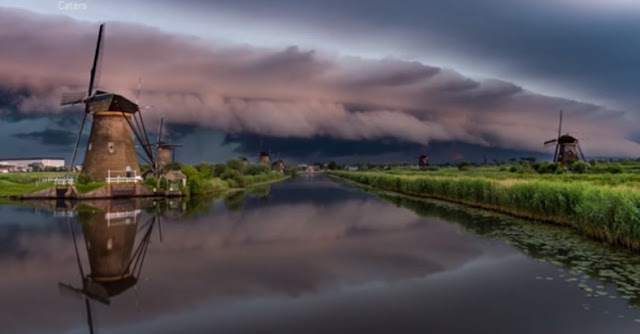 Sent in by William Neu
Before this supercharged storm soared over an idyllic world heritage site in Holland, it had produced over 100,000 lightning strikes over Northern France and the English Channel.
Storm Fanatic 21-year-old German student, Jonas Piontek spent a sleepless night with his friends hunting for a view of the storm as stunning as this.
Capturing such a dangerous and imposing shelf cloud above the beautiful windmills was no easy task for Jonas who described the experience as unforgettable.