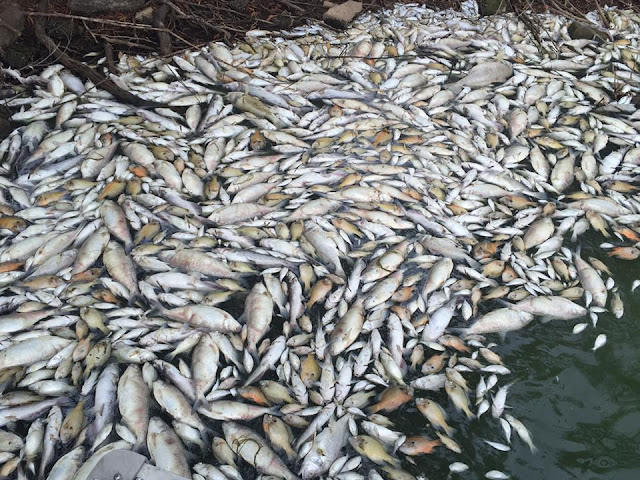 Photo William McCormack
EL RENO, Okla. – Authorities are investigating what caused hundreds of fish to die at El Reno Lake this weekend.
William McCormack has lived in El Reno all his life, and he goes to the lake often.
He said this weekend something was different.
"I came out to test my boat.
I've been working on it, and I noticed there was fish just floating everywhere,” McCormack said.
It wasn’t just one or two but thousands of fish.
McCormack sais he’s never seen anything like it.
"I've never seen fish kill out here.
I mean, it's got a pretty good flow through and, even the years before when the lake was low, you'd think that's when they'd have it, but it wasn't, and the lake's full right now,”McCormack said. Authorities believe the extreme heat has been taking away the oxygen in the water, and that could be the reason for the fish kill.
However, McCormack isn’t so sure.
"It's been that way every summer.
This summer has been cooler than most, so I kind of wonder about that,” McCormack said.
Full story here