Wednesday, 28 December 2022 How it is possible for a United States Government website to continually cook the books! For the third time since 2013, I have downloaded every major quake from 1900 to this era, and for the third time, I managed to get three different results: This time with hundreds of major quakes added and some removed from the last graph I made! 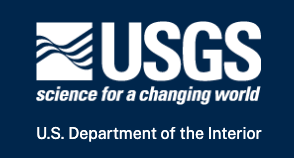 I originally built TBW website to follow the prophetic warnings of Jesus Christ written in Matthew 24, Mark 13, and Luke 21. So following the increase in major quakes was a must, which I have been doing diligently for more than 10 years now. I have today for the third time since 2013 arduously downloaded every major quake (mag 6 or higher) from 1900 and added the USGS data to a graph to enable an easy and perspective view of the mighty increase in major quakes from the last 123 years.

The reason I have undertaken this day-long task is that I had heard on another website, USGS had altered its data. You can not believe my disappointment, the data has indeed been changed again.

Sunday, 4 December 2022 Semeru, Indonesia’s highest volcano close to almost 10 million people erupted early on Sunday, spewing a column of ash 1.5km into the air and prompting evacuations of residents just one week after Mauna Loa, the largest active volcano in the world, began to erupt in Hawaii!

Lava flowed down Semeru’s slopes, travelling toward a nearby river, while several villages were blanketed with falling ash, blocking out the sun, but no casualties have been reported.

Tuesday, 29 November 2022 A massive spike in earthquake activity at the summit of Mauna Loa volcano, on Hawaii's Big Island, has scientists on alert as the biggest active volcano in the world has begun to erupt! More than 300 earthquakes have been registered in the last few days under Mauna Loa! 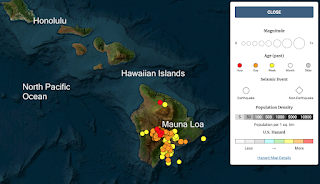 With a massive spike in earthquakes at the summit of Mauna Loa, scientists have been on alert for an eruption of the biggest active volcano in the world!
Mauna Loa, the largest active volcano in the world, has begun to erupt in Hawaii, the U.S., prompting officials warning people living on Hawaii’s Big Island to be ready in the event of a worst-case scenario.
The eruption started late Sunday at about 11:30 p.m. HST in Moku‘āweoweo, the summit caldera of Mauna Loa in Hawaii Volcanoes National Park, according to a USGS Hawaiian Volcano Observatory alert. The observatory said it was working closely with emergency management partners.
Monday, 17 January 2022 With 600 magnitude 5+ 'ers, and more than 20 of them mag 6 or greater in the last year it must come as no great surprise the eruption of the Hunga Tonga-Hunga Haʻapai volcano happened but was it powerful enough to cause a year without summer which is what happened in 1816? 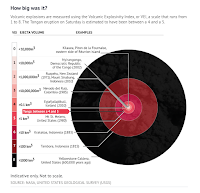 With 600 plus magnitude 5 or higher earthquakes, and more than 20 of them being mag 6 or greater in the last 12 months it must come as no great surprise the eruption of the Hunga Tonga-Hunga Haʻapai volcano happened in the volatile region of the Tonga Trench on Saturday. The big question now is what impact will the eruption have to the Tonga region and our planet?

The population of Tonga is around 110,000 but understandably contact with the island is at the moment very difficult. The blast size is also not known yet but some experts are comparing it to something in the region of 1,000 times the size of the Hiroshima nuclear explosion in Japan during the war.

Sunday, 16 January 2022 Just another volcano eruption in a catalogue of recent geological disasters! We are not prepared for what is coming and neither are our governments, experts or scientists! The "Day After Tomorrow" is coming–The big question is... Will you be ready? Will you be next?

The eruption of the Hunga Tonga-Hunga Haʻapai volcano sent shockwaves across the South Pacific, yesterday. The underwater volcano erupted off the island of Tonga blasting rocks, ash and steam an incredible 60,000ft, almost 20km into the sky which will have a cooling climate effect for at least the next couple of months and depending on the duration and size of the eruption could cool the planet. The shock wave from the eruption reverberated around the world smashing windows hundreds of 'kms away and causing flooding from a tsunami thousands of 'kms away, Bill Laughing-Bear mailed me saying his cabin rocked from the explosion thousands of miles a way in Alaska!

Saturday, 15 January 2022 A volcano explodes off the island of Tonga blasting dust an incredible 60,000ft, almost 20km into the sky which will have a cooling climate effect for at least the next couple of months at least: The blast was almost as strong as the Krakatau eruption which caused a volcanic winter

Credit, Tonga Geological Services: The eruption of the Hunga Tonga-Hunga Haʻapai volcano sent shockwaves across the South Pacific. Tonga's capital lies just 65km north of the volcano.
An underwater volcano has erupted off the island of Tonga blasting rocks, ash and steam an incredible 60,000ft, almost 20km into the sky which will have a cooling climate effect for at least the next couple of months and depending on the duration and size of the eruption could cool the planet...
The strength of the massive eruption was VEI 5, let me put that into some kind of perspective, the famous Krakatau eruption in 1883 was a VEI 6.
Friday, 14 January 2022 SIGNS AND WONDERS! Far-side X-class flares, Sun Spot activity out-performing the "experts" predictions: A record number of major quakes in the first two weeks of 2022 going back 120 years and more than 30 volcanoes worldwide showing activity: 2022 begins its first baby steps into the unknown!