Tuesday, 19 April 2022 A sign of the times—Stock up on anti-radiation pils! X-class flares—Increasing major quakes and volcanic explosions! pandemics, war, food-shortages! Our spluttering miss-firing planet is buckling under the strain 'WE' are on the cusp of the biggest earthquake ever known, the biggest volcanic eruption ever seen! 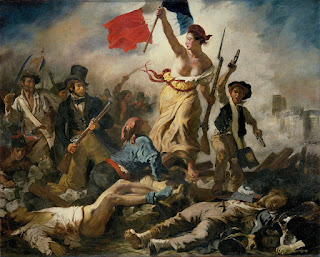 Wednesday, 30 March 2022 We do live in very strange times these days, we live in a time when good is more often than not seen as bad—Bad, is often seen as good! President Biden's quotes were fired from the hip, blunt, honest and right to the bone—And, exactly what the world has been waiting for

Tuesday, 22 March 2022 A Letter From Alaska—Only the ones they deem of worth will live, and those modified will live to be their sheep. They, through eugenics, will have changed these sheeple physically, mentally, emotionally and even spiritually. What does this do to the children of those modified through eugenics.? Will 5-G turn them on and off?

Lebensborn was one of the cruelest experiments Nazi Germany ever tried to carry off in their conquest of building a “Master Race” through eugenics. Eugenics is the study of how to arrange reproduction within a human population to increase the occurrence of heritable characteristics regarded as desirable. Developed largely by Sir Francis Galton as a method of improving the human race, eugenics was increasingly discredited as unscientific and racially biased during the 20th century, especially after the adoption of its doctrines by the Nazis in order to justify their treatment of Jews, disabled people, and other minority groups.

While much of the horrific and sick thinking that Hitler perpetrated during World War II has faded away in this modern world we live in, the Lebensborn children still suffer. Looking at the world, I have come to the conclusion that with the "POKE" of “Satan's Spit,” the elite now pushing to take complete charge of all humanity are trying to accomplish the same thing. 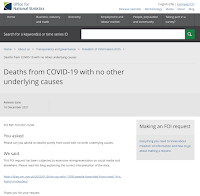 Above, death registrations for 2020 and 2021 for deaths (UK) where COVID-19 was listed as the underlying cause, but had no other pre-existing conditions recorded on the death certificate, England and Wales. This publication will be updated quarterly.

A Freedom of Information document has surfaced in the UK, submitted by a Dr John Campbell. The document shows the true number of Covid-19 deaths in the UK from March 2020 to January 2022. These are only Covid-19 deaths with no other underlying disease. At this point, I would just like to inform you, the UK government spent almost 400 billion Pounds Sterling dealing just with Covid-19. . .

Sunday, 6 March 2022 "The greatest trick the Devil ever pulled was convincing our world he didn't exist." Something for our corrupt leaders to ponder! (A Resurrection is promised for everyone, good and bad, and—No one has been judged yet.) Putin is having his party now, enjoy it while you can!

If death through war, pestilence and famine saw a meteoric rise begin in 1914, the rise was also accompanied by an incredible increase in knowledge and technology. Remember Daniel's prophetic message in Daniel 12?:

1“At that time Michael, the great prince who stands watch over your people, will rise up. There will be a time of distress, the likes of which will not have occurred from the beginning of nations until that time. But at that time your people—everyone whose name is found written in the book—will be delivered.

2 And many who sleep in the dust of the earth will awake, some to everlasting life, but others to shame and everlasting contempt.

Friday, 21 January 2022 Meanwhile, just when we were sleeping in our shoes! A New World Order... The Great Reset... Build Back Better... Our small window of opportunity... The Meteoric rise of Graphene Oxide... Just Like the Days of Noah—Modern-day Giants... A Useless Society... Covid Vax, 5G and Bible Prophecy: The fifth Trumpet

It may come as a shock to many Christians and, it's not a subject mentioned very often on a Sunday morning church service but—"our" struggle is not against flesh and blood, no, it is against dark powers, unseen evil spiritual forces in the heavenly realms as mentioned in our Bible in Ephesians 6:12. Our governments, military leaders, billionaires, chief scientists, scholars and world experts as well as, of course—you and me, are nothing more than puppets being manipulated by an "unseen" world, divided into principalities run by powerful dark, evil spiritual forces under the watchful eye of Satan himself.

In the book of Daniel chapter 10, Daniel tells of an angel sent to him by God, but is delayed by the very powerful "royal realm," the "Prince of Persia." The  prince of Persia, a mighty fallen angel,  stood in opposition (fought) with God's angel, and prevented him from visiting Daniel, for twenty-one days.

Tuesday, 11 January 2022 A dream of 70 shepherds, Enoch's vision for Israel and the duration of mankind: Enoch prophesied 23 Israeli Prime Ministers and 58 governments before the return of Christ—At the beginning of 2022 there have been 14 Prime Ministers and 36 governments... This sidereal system is coming to an end!

According to Ellicot's Commentary for English Readers it claims, Genesis 1:1 to Genesis 2:3."In the beginning" (God's creative week) is referring to a period of around 6,000 years ago and not as in John 1:1, "from eternity." (worlds may have always existed, or not, we don't know), however, Genesis 1:1. to Genesis 2:3 is with out doubt commenting on the time when God called Earth into it's current existence, creating this sidereal system. (sidereal time is the measurement of a day being calculated by earth's rotation to the stars) which is often described in the Bible by Jesus, as, "this system of things." or the end of the age, see Matthew 13:49 and 28:20. Age is defined as a "distinct" time in history.

We know Satan is the ruler of this age, or this world, because he offered "the world" to Jesus in Matthew 4:9: