Avian flu jumping to humans! The disease control authorities in central China's Hunan Province have confirmed a human infection case of the H5N6 bird flu virus the 2nd since October: Millions of birds are being killed as bird flu explodes across Europe and Asia 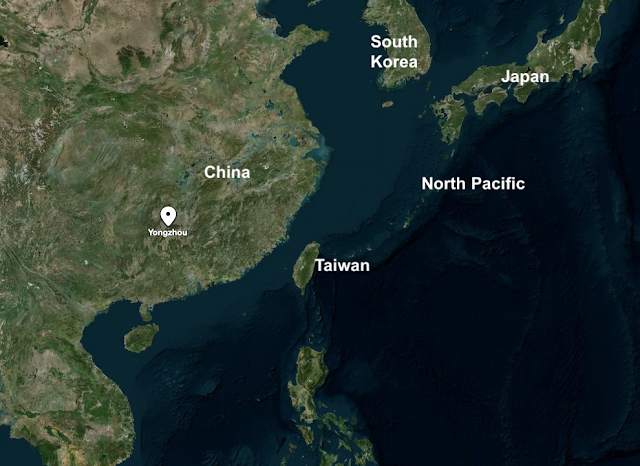 Google Maps
The disease control authorities in central China's Hunan Province have confirmed a human infection case of the H5N6 bird flu virus. The infected person contracted the virus at a live poultry market in Ningyuan County in the city of Yongzhou and tested positive for H5N6 on Saturday, the provincial centre for disease control and prevention said on Monday. The patient is being treated in the ICU ward of a hospital in Ningyuan County and has stable conditions, but still cannot be removed from the ventilator.

The live poultry trade in all farmers' markets in Ningyuan County has been suspended since Sunday, and the disinfection work has been completed. The close contacts of the patient have also been monitored. H5N6 is a bird flu strain, with most infections caused by exposure to live poultry. So far, no human-to-human transmission of the virus has been reported, according to the disease control authorities.

In October this year, the Ministry of Health in Lao People's Democratic Republic (PDR) reported a human case of infection with an avian influenza A(H5N1) virus. The case was a one-year-old female who developed symptoms of fever, productive cough, difficulty breathing and runny nose on 13 October 2020. She was hospitalized for her illness on 16 October but discharged on 19 October.

Millions of birds are being killed as bird flu explodes across Europe and Asia: Denmark, France, Germany, Ireland, Israel, Kazakhstan, the Netherlands, Russia, Japan, Sweden, UK and now Belgium have all been hit with a highly contagious strain of the H5 variant. Full Story