A powerful earthquake of magnitude 6.8 struck the coast of south-central Chile on Sunday. With just three and a half days left of 2020, this year's annual total of major quakes (magnitude 6 or higher) stands at a conservative 119. At the same point last year the total was considerably higher at 145 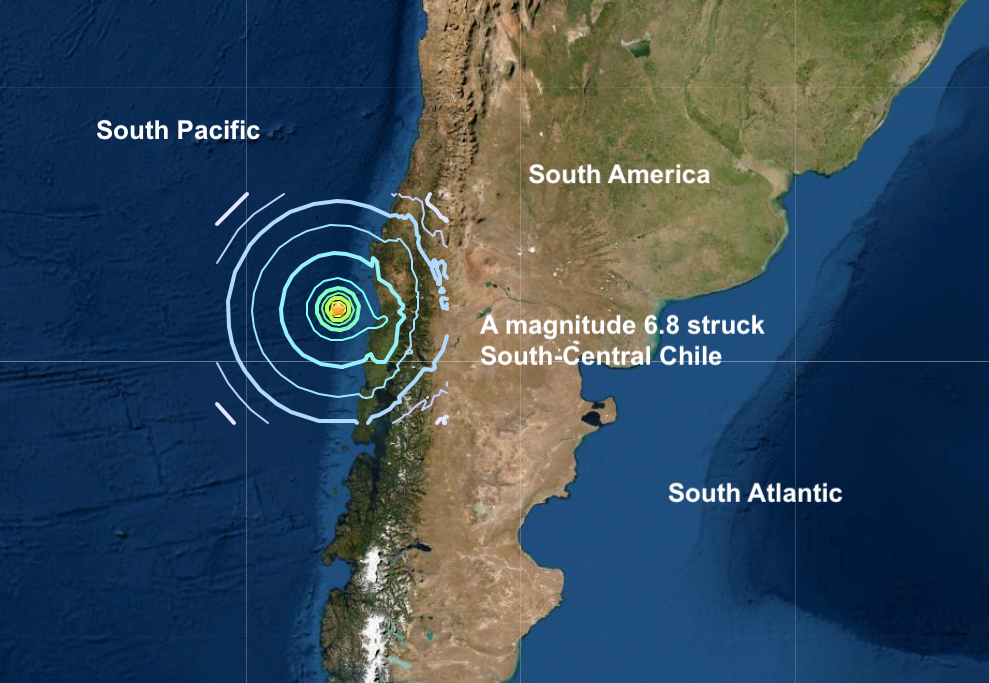 USGS
(Reuters) -An earthquake of magnitude 6.8 struck off the coast of south-central Chile on Sunday, the European Mediterranean Seismological Centre (EMSC) said, but Chilean officials immediately discarded the risk of a tsunami. There were no initial reports of damage immediately following the quake. The strong tremor took place at a depth of 10 km (6.21 miles), EMSC said, and about 163 km (100 miles) west-northwest of Valdivia in the Pacific Ocean.

1950s saw an incredible burst of major quakes, (mag 6 or higher) peaking in 1957 the year true global warming began when our Sun went ballistic with a record-breaking number of Sunspots and the year the Space Race started! We may be due for another massive increase?

With just three and a half days left of 2020, this year's annual total of major quakes (magnitude 6 or higher) stands at a conservative 119. At the same point last year the total was considerably higher at 145, while in 2018, the total stood at 133 and 2017, which recorded the lowest total this century with just 111.

Remarkably the last time a major quake wake higher than 7.9 was recorded we have to go all the way back 19 months ago when a magnitude 8.0 struck Lagunas, Peru in May 2019.
Major Quakes 2020