Dutch authorities have culled another 190,000 chickens after a highly contagious strain of bird flu broke out at least two poultry farms bringing total to almost 500,000 this month: On Friday 1 million chickens were culled in Japan as disease spreads 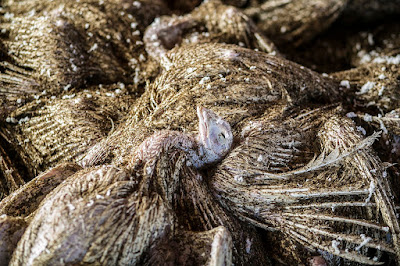 Dutch authorities have culled some 190,000 chickens after a highly contagious strain of bird flu broke out at least two poultry farms, the agriculture ministry said Sunday. Health workers slaughtered around 100,000 hens at a poultry farm at Hekendorp outside Gouda while 90,000 chicks were culled at Witmarsum, in northern Friesland.