North Korea on high alert as Typhoon Bavi makes landfall: “It’s a clear sign of fear for a loss of life and destruction.” The typhoon couldn't come at a worse time as the country is already facing multiple challenges, including the fallout from its protracted antivirus campaign and floods caused by recent heavy downpours. 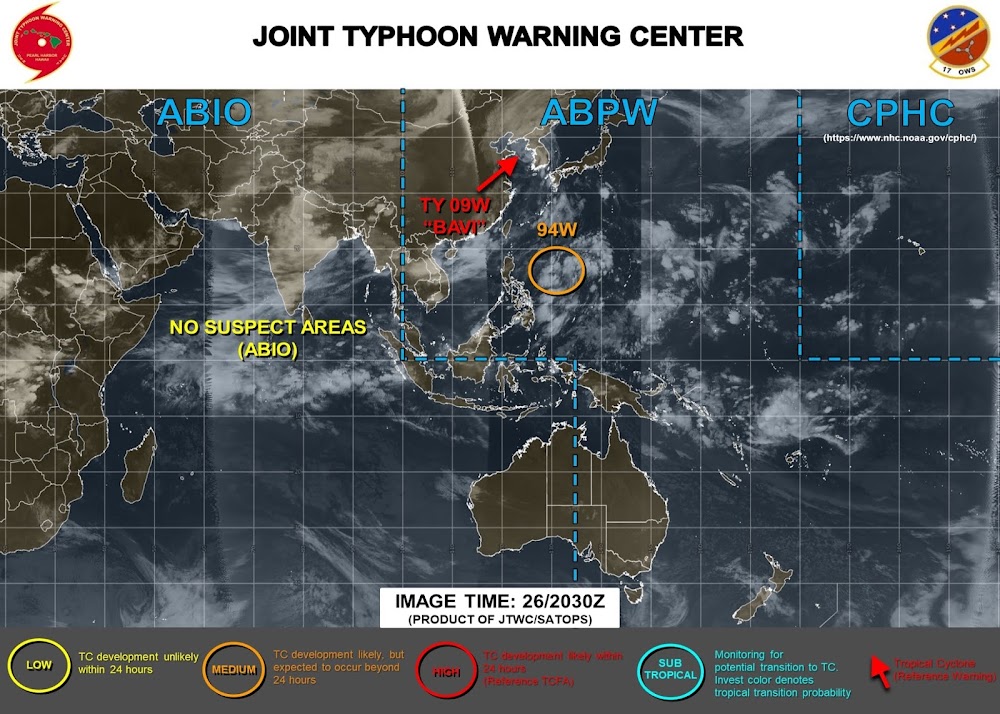 SEOUL, Aug. 27 (Yonhap) -- Typhoon Bavi made landfall in North Korea, snapping trees and causing flooding and other damage, state media outlets reported Thursday. The North's state TV station earlier aired footage of broken trees, fallen electricity poles, inundated streets, and damaged homes and facilities in towns along its western coastline bearing the brunt of the eighth typhoon of the season. "Strong winds are blowing in Ongjin County, Kangryong County and Haeju City of South Hwanghae Province, and along the southwestern coastline," a county official told the TV station.
Typhoon Bavi touched down on the Ongjin Peninsula of South Hwanghae Province at around 5:30 a.m. North Korea expected the typhoon to make its way near Pyongyang at around 9 a.m., causing wind gusts of 15-20 meters per second in the capital. North Korea has been vigilant as the typhoon was on its way to the Korean Peninsula amid fears that it could be stronger than Typhoon Lingling that devastated many areas of the country.
North Korea earlier said it evacuated ships along its western coastline and beefed up monitoring of key industrial facilities to minimize damage. The typhoon couldn't come at a worse time as the country is already facing multiple challenges, including the fallout from its protracted antivirus campaign and floods caused by recent heavy downpours. On Tuesday, leader Kim Jong-un held a politburo meeting and discussed ways to cushion the impact from the approaching typhoon. Kim called the efforts to "thoroughly prevent the casualties by the typhoon and minimize the damage to the crops is an important work which can never be neglected even a moment for our Party." Yonhap News Agency
Martyn Williams of 38 North, a website that monitors North Korea, said it was exceptional that North Korean TV routinely interrupted movies to report storm updates. “I believe the first time ever,” Williams said on Twitter. “It’s a clear sign of fear for a loss of life and destruction.” South Korean Meteorological Administration said the typhoon made landfall about 50 km (31 miles) southwest of the North’s capital Pyongyang on Thursday morning.
Hurricanes and Cyclones 2020
Front Page Headlines
at August 27, 2020