The Plagues Of Iran 2020: While the eyes of the world look away is the hot-headed sycophant, Khamenei about to escalate conflict with Israel which would surely trigger the super-powers toward another world war. 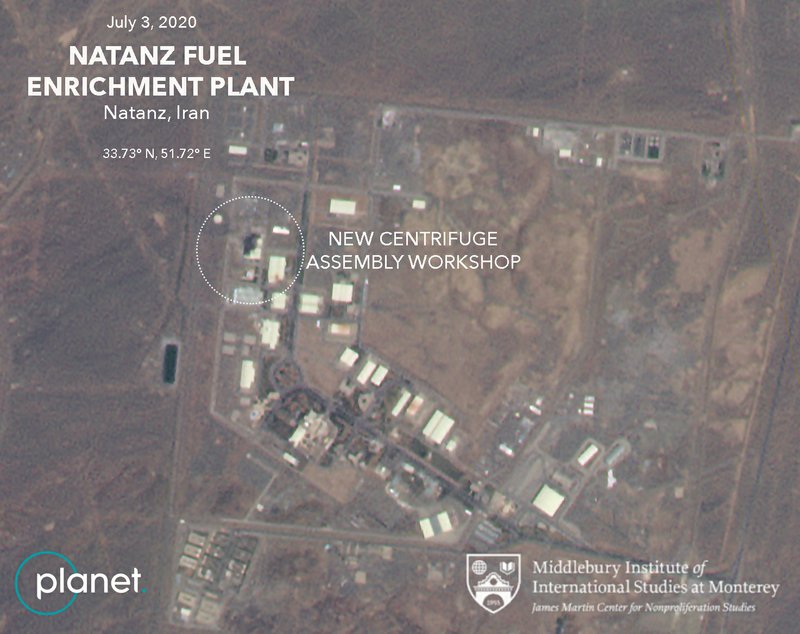 What took place at the Iranian Natanz nuclear facility in Iran? The incident is the third mysterious explosion in a week and has led to many questions. While the eyes of the world are on Covid-19, the economy, BLM and unemployment, Iran's disastrous year has taken another dangerous step into a conflict with Israel which would surely trigger the super-powers toward another world war.

The hot-headed sycophant, Khamenei is known for his obsequious hatred of Israel and his unpleasant disrespect for the lives of his own citizens and would bring the whole world to its knees if it meant he could destroy Israel.

Today, Israel is reportedly bracing for a possible Iranian retaliation as officials in Tehran suggested on Friday that a mystery fire and explosion at a top-secret nuclear complex could have been caused by an Israeli cyberattack. An Israeli TV report Friday night said the attack “destroyed” a laboratory where Iran was developing advanced centrifuges for faster uranium enrichment, and a Kuwaiti report quoted an unnamed source assessing that the strike set back the Iranian nuclear program by two months. Three Iranian officials told the Reuters news agency they believed the incident at the Natanz enrichment facility early Thursday was the result of a cyberattack, and two of them said Israel could have been behind it but offered no evidence.

Last Friday Israeli F-35 stealth fighter jets bombed a site located in the area of Parchin, which is believed to house a missile production complex — an area of particular concern for the Jewish state, in light of the large number and increasing sophistication of missiles and rockets in the arsenals of Iranian proxies, notably Lebanon’s Hezbollah. Fighter jets from the IAF’s second F-35 squadron, the Lions of the South, fly over southern Israel (IDF spokesperson) Neither of these claims was confirmed by Israeli officials, who have been mum on the reports.

The reported Israeli strikes followed an alleged Iranian attempt to hack into Israel’s water infrastructure in April, an effort that was thwarted by Israeli cyber defences, but if successful could have introduced dangerous levels of chlorine into the Israeli water supply and otherwise seriously interrupted the flow of water throughout the country. Times of Israel

In a further twist, an online video and messages purportedly claiming responsibility for a fire that analysts say damaged the centrifuge assembly plant at Iran’s underground Natanz nuclear site deepened the mystery Friday around the incident — even as Tehran insisted it knew the cause but would not make it public due to “security reasons.” The multiple, different claims by a self-described group called the “Cheetahs of the Homeland” included language used by several exiled Iranian opposition organizations. They also focused almost entirely on Iran’s nuclear program, viewed by Israel as a danger to its very existence. Reuters 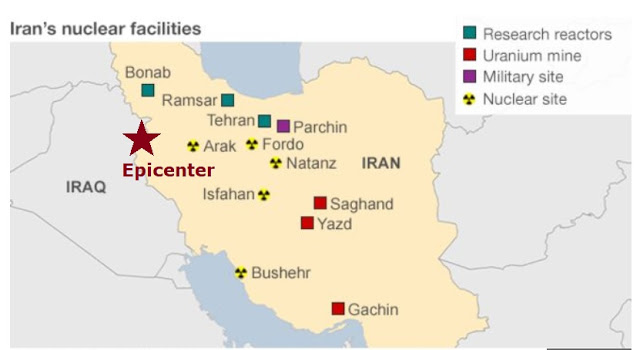 Torrential rains, through February, March and April have caused chaos to many towns villages and farms, displacing hundreds. The rains are helping the swarms of locusts who are devasting crops in the southwest (southern Khuzestan, Busherh, southern Fars, western Hormozgan provinces). Local breeding continues in the southeast where hoppers are forming groups and bands in eastern Hormozgan. TBW

The locust outbreak in the Arabian Peninsula has been spreading to Iran, threatening crops and food security in large areas of the coastal province of Hormozgan, an official said. Director of a department at Horkozgan's agricultural organization told Tasnim that Iran is facing the worst locust attack in the past 40 years. TBW
Record bustin' snowfall

To make matters worse Iran has struggled to contain the coronavirus. Iranian leaders do not believe in forcing their people into a lockdown situation, they believe a lockdown is old fashioned and they do not ask people with symptoms to self-quarantine. So people who do not show symptoms are mingling with healthy people and no doubt passing the virus on. The Iranian leadership is well known for its ability to tell lies, so its official figure of 11,000 deaths from 235,000 cases is treated by widespread speculation in the West.