"The decade of peak!" If you think the end is in sight when the Coronavirus calms down, think again, ladies and gentleman, we haven't even started. As the farming industry collapses around the world, 2020s will be all about famine 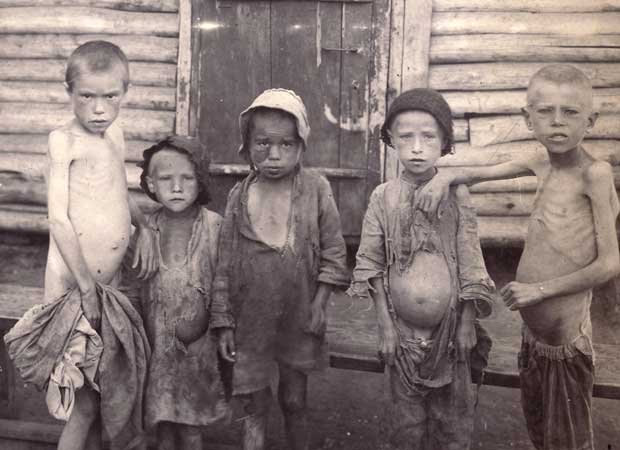 
Recently I have been receiving quite a few emails from worried farmers or people who work in slaughterhouses or in the food industry as a whole. 2020 is turning out to be a disaster for millions of people around the world but I want to focus on the food sector which, in case you didn't realise already received incredible hardship in 2019 and now, as Covid-19 has taken its vicious grip around the world it is the food sector which will bring the next Bible-Esque prophecy to our tables, pun well-intended.

Back in 2019, a crisis emerged across three continents as extreme weather conditions and disease began to bite the farming industry leaving world banks warning the 2020s would be a decade of dramatic economic and social upheaval as another billion mouths will need to be fed. This statement, of course, was made well before the coronavirus had jumped from animal to human, (or from lab to human.)

In 2019, Europe was losing 1000 small farms a day, due to a crop decline, leading to price rises. Officials were using the word 'disaster' to describe the widespread crop failures happening all over America and in Asia pork prices had doubled after more than a quarter of the entire global pig population had been slaughtered due to an outbreak, (also in China) of African swine fever.

Another big factor, destroying crops in 2019 was the weather. In many parts of Europe, Ireland and the UK it began to rain at the end of September 2019 and didn't stop until the end of January 2020. It was even worse for the U.S., who witnessed “unprecedented” crop failures all across the country. The endless rain and horrific flooding during the early months of 2019 resulted in tremendous delays in getting crops planted in many areas, and then snow and bitterly cold temperatures turned the harvest season into a complete and utter nightmare all over the country, resulting in their worst agricultural year in history.

After unprecedented droughts, record-busting temperatures and mega-size bushfires, 2019/2020 has been a disaster for Australian farmers, tens of thousands of cattle lost and even more farming acres, as their worst summer in history brought a 60% loss in productivity.

According to the Bank of America Merrill Lynch, the 2020s are set to be a decade of dramatic economic and social upheaval, reversing many of the trends of the past 40 years. Key points: Bank of America Merrill Lynch says the era of globalisation from 1981-2016 has ended and is reversing. The bank's analysts expect inflation and interest rates to increase from their current 5,000-year lows. The bank is expecting wealth inequality to fall next decade as voters demand redistribution and taxes rise in what it describes as "the decade of peak". In the 2020s we will have another billion mouths to feed.

If you think the end is in sight when the Coronavirus calms down, think again, ladies and gentleman, we haven't even started.

It's all coming together for a hell of a ride. Expect riots as millions of unemployed become homeless, and food prices multiply between 5 to 10 times higher.

Thank you. Yours is a rare sober voice.

Grow your indoor gardens now. With this virus, we are already seeing, some items are not coming back to the markets, nor no longer being produced or delivered. This is a new way of life.

More evidence of geoengineering wreaking havoc on the environment. Everything going on is by mans doing and by mans choosing. God is allowing it because man is choosing it. If not for spraying aerosols in the atmosphere heavily for a decade now and softly for several past decades, chances are there would be none of what we are seeing today with an environment completely out of sync with natural!
All the "freak" weather Gary describes in this post as cause for upcoming and current food shortages is because of geoengineering!! You can not spray aerosols that contain toxic chemicals and heavy metals in the sky everyday for decades and expect things to be normal. Wake up already!
The virus is not the cause of food shortages it is the excuse!