The best explanation yet for global warming: 'Our world is still recovering from the flood.' (Video) Earth had its 2nd-hottest March on record. The year to date also ranked 2nd-warmest for the globe. NOAA 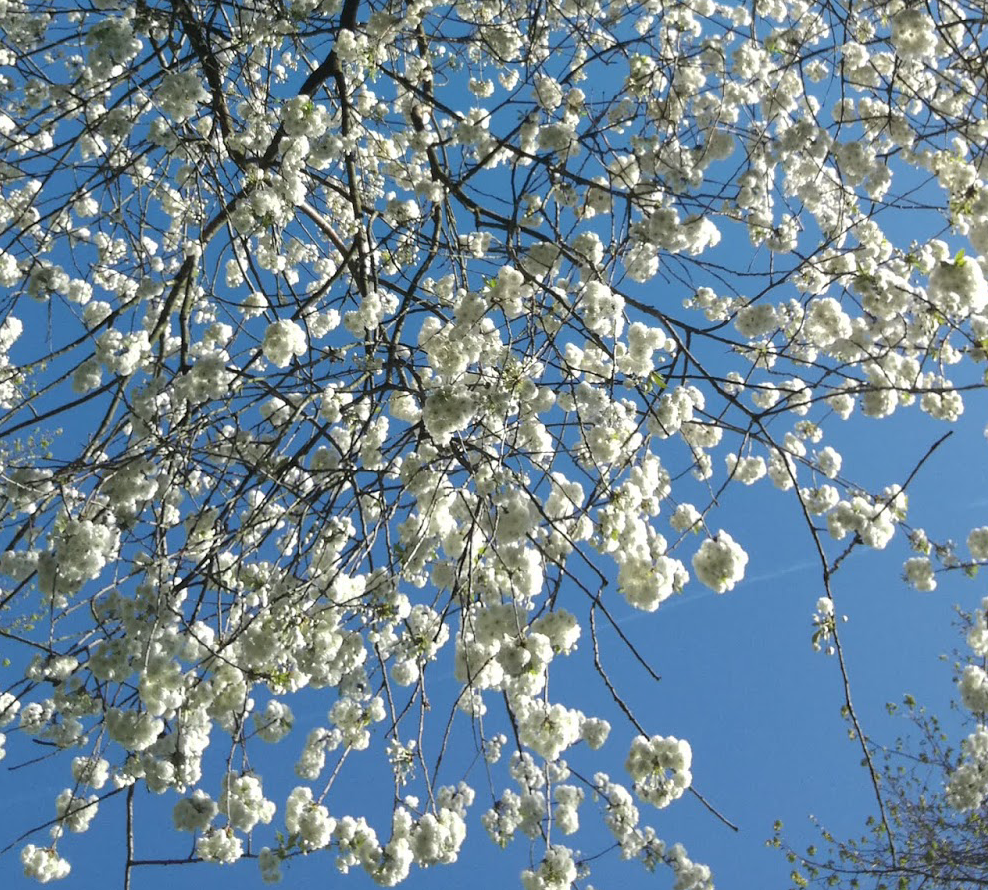 Did you ever see blue skies as we are having now? Photo Gary Walton.

I watched a wonderful video on YouTube yesterday,  Is Genesis History? and I heard the best explanation yet for global warming. 'Our world is still recovering from the flood'. I hope you enjoy the film!

"For since the creation of the world His invisible attributes, His eternal power and divine nature, have been clearly seen, being understood through what has been made, so that they are without excuse." Romans 1:20

Here we go again, NOAA has released its global weather report for March and once again 2020 is heading for the record books already. After having a record-hot January and its second-hottest February ever, Earth continued to endure unrelenting heat last month, making March 2020 the second-hottest March on record. March also brought a substantial (more than 45 %) drop in global commercial air traffic, scrubbing the world clean of massive amounts of carbon dioxide, did you ever see blue skies as we are having now?

Disturbing patterns show the Northern Hemisphere has witnessed its warmest winter ever, as the U.S.  UK and Ireland, Europe and Russia all reported warm or record warmth for winter 2019/20. Across much of the United States, a warming climate has advanced the arrival of spring. Christmas was so mild in Moscow last year they had to import thousands of tons of snow to cover the streets of the capitol. TBW 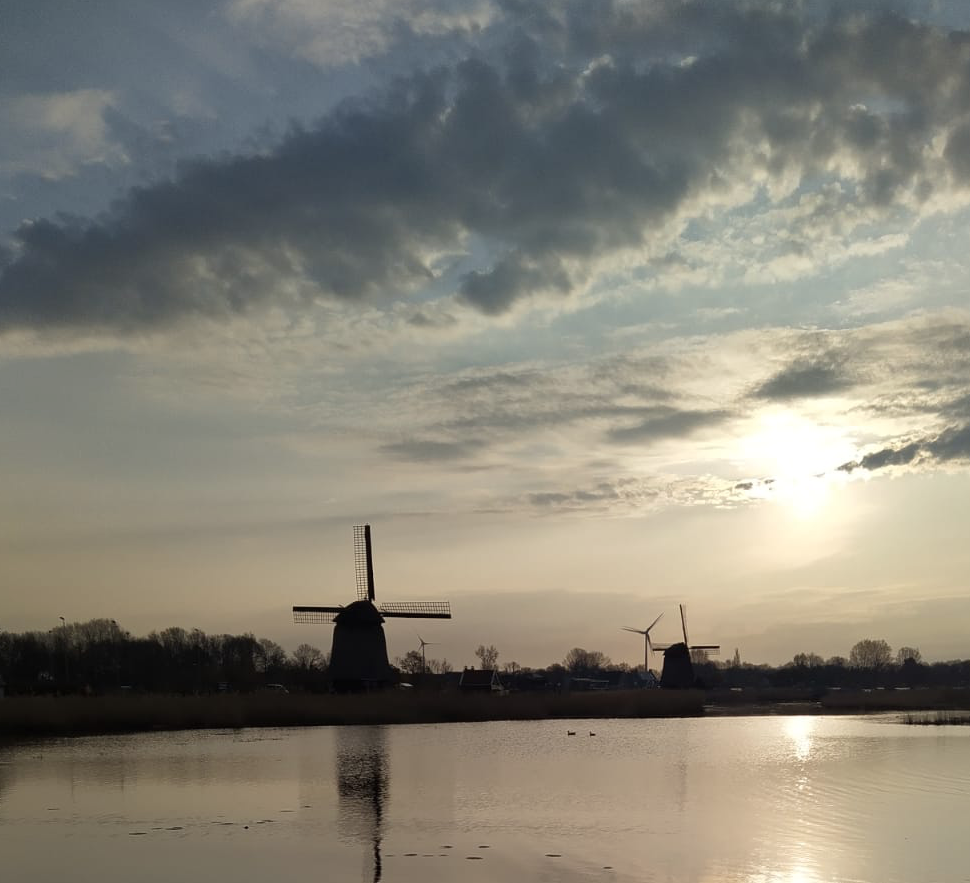 Dawn Breaks (at the back of my house) Photo, Cees Bockweg.

Earth had its 2nd-hottest March on record. The year to date also ranked 2nd-warmest for the globe.

After having a record-hot January and its second-hottest February ever, Earth continued to endure unrelenting heat last month, making March 2020 the second-hottest March on record.


It was also the second-hottest year to date (YTD, January through March) ever recorded for the globe, according to NOAA National Centers for Environmental Information.
Below are more highlights from NOAA’s latest monthly global climate report:

Year to date | January through March

The global land and ocean surface temperature of 2.07 degrees F (1.15 degrees C) above the 20th-century average making it the second-warmest January-through-March period in the 141-year record, behind 2016.
The year to date logged in as second-warmest for both the Northern and Southern hemispheres, while Europe and Asia had their warmest YTD  ever recorded.

A map of the world noting some of the most significant weather and climate events that occurred during March 2020. For more details, see the bullets below in this story and at http://bit.ly/Global202003.
Download Image


In light of the ongoing quarantine, we're going to keep our full documentary here on YouTube a bit longer. Feel free to share it with friends and family who are stuck at home during this season. "Is Genesis History?" features over a dozen scientists and scholars explaining how the world intersects with the history recorded in Genesis. From rock layers to fossils, from lions to stars, from the Bible to artefacts, this fascinating film will change the way you see the world.

You're not serious to say "the best explanation yet for GW is, our world is still recovering from the flood"!!!???

So then let's omit all else? Radiation, carbons, all kinds of chemical pollution, and spraying aeresols in our skies have nothing to do with the fact that the earth is in meltdown? Its just a recovery from a flood that happened over 5000 years ago? Is that what you are saying here Gary? Please clarify because that is a ludicrous statement to make online to thousands of readers!!

Watch the video you may learn something, OK, Hawkeye I have a question, I was in my garden this morning enjoying the sun when suddenly a low flying commercial looking aeroplane flew over the city from North to South with a chemtrail coming from the back of the plane, which means he was spraying. No chemtrails came from the engines. Was he spraying disinfectant, or what?

I'm deadly serious Hawkeye, you don't think Jehovah would allow his wonderful creation to be damaged by a few greedy men, do you?

Anonymous: I have seen the posted film before but I did watch it again to refresh my memory. I liked it and found it very informative but I didn't remember it messaging "the best explanation yet for GW". I must have fell asleep when that part was implied because didn't get it on the rewatch this time either?? No clarification from our host either, just a question back at me I will answer after answering you. Now what you saw sounds like geoengineering as we have been seeing many years now, I have no way of knowing if it was disinfectant or not but odds are " NOT"! The engines themselves are not spraying the aeresols for said geoengineering operations, they are attaching spraying apparatus near the engines and or under the engine areas. Some come just out of the tail engine area, and some are located on both sides under each wing engine area. Geoengineering watch dot org can educate on this in detail. Its a very credible site and I recommend reading as much of his facts as possible to get a better understanding. Thanks for your good sense!

Now Gary, God has answered the question you directed at me. First of all and especially after viewing the film you just posted, do you really think anything can destroy His creation that is our earth? Do you believe in the flood of Noah's day? Did destroying everything with life on earth destroy His creation? Is it not written that "with God ALL things are possible"? And so then, what does that verse leave out? All things are possible....means NOTHING is left out! So your answer is a big fat NO Sir! I do not think as you ask, and with a better understanding of His word (The Holy Bible) you would not have even thought that to reply it to me.
God promised Noah post flood, He will never again flood the whole earth and destroy all life again, and put down His bow depicted as a rainbow in the sky to make it officially known. Later in scriptures it tells the next judgment on man kind will be from fire (present day is just that).
He also let's us know that that will be from mans own hands, but He will shorten those end of days or no flesh will be left to save. There is plenty more writren along that message line with regards to this throughout the Old and New Testaments. Interpretations are, He is allowing man to destroy himself this time, take himself down because that is what man chooses...... because that is what man is doing (so asking for) and all the evil will be cleansed by allowing that with actual numbers given in the New Testament for " survivors" going in to the new earth. So no, I know with complete confidence He is not allowing man to destroy His creation because man can not destroy it, only He can if He chooses to do so. No, what's happening is man is killing himself and most of the innocent life that is on earth, which is part of why/how man is destroyinhg himself. Man can not survive without the environment and this chemical generic version of an environment we live in now IS because man has already killed too much of his life support system, is just one reason how man is destroying himself.
I don't understand you on this matter. You see the planes spraying, you have posted it. Yet you deny what it is constantly. Your choice my friend. These end of days are all about our free will....to choose. You get what you choose, or ask for. That too is written. Why you would choose to side with man after all you do know he is and has done to go against our creator and His law, is what I don't understand.
God has told me point blank those "spray trails" are poison. I have told you and will say it again: Ask Him why!! I have tangible proof God gave me to know what I accuse man of is absolutely correct. He wants me to tell people, so I do what He asks of me. Best to you and your choices!