Pig Crisis Update: “This is the largest animal disease outbreak in history,” there is no cure! Swine fever could be the end of pork: The disease is the black death, (Plague) for pigs 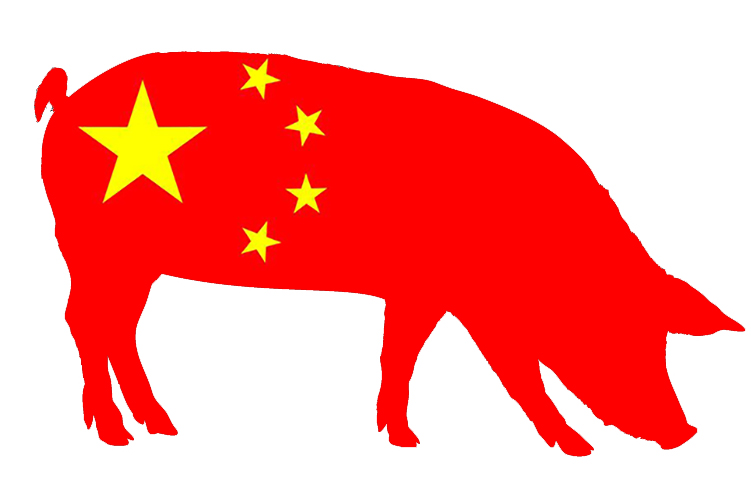 “This is the largest animal disease outbreak in history,” said Dirk Pfieffer, a veterinary epidemiologist at the City University of Hong Kong. “It makes the foot and mouth disease and BSE outbreaks pale in comparison to the damage, that is being done. And we have no way to stop it from spreading.”

Back in May 2019, The Big Wobble claimed this year would be the year when the pork farming industry would begin to unravel as China, who produce half of the world's pork was set to drop because millions of pigs were being culled or dying from being infected as African swine began to ravage Asia. The problem has exploded, Swine fever could be the end of pork: The disease is the black death, (Plague) for pigs.

Asia is home to 4.6 billion more than half of the planet's population and most of them rely heavily on a pork diet. China with a population of almost 1.5 billion people have suffered the biggest impact of African Swine Fever, more than 55% of Chinese pigs – hundreds of millions of animals – have now been lost, and the result has been a chronic shortage of pork and rocketing price. The disease is eating up pig populations of South East Asia. Vietnam and the Philippines have seen some of the worst outbreaks in the region. The latest country to report an outbreak of African swine fever (ASF) is Indonesia, specifically in the province of North Sumatra, the Food and Agriculture Organization of the United Nations confirmed on Dec. 12. The disease has also been detected in Mongolia, Cambodia, South Korea, North Korea, Myanmar and East Timor, according to the UN Food and Agriculture Organisation. Outside of Asia, the OIE said the disease is also present in parts of Eastern Europe and sub-Saharan Africa.

The disease is extremely hardy, can survive being cooked and processed, and will endure in frozen meat for a number of years. It is transmitted directly between animals, or by the feeding of infected meat, and there have also been cases of infected animal feed. In the UK it is now more a case of being prepared for it to arrive than trying to shut it out Zoe Davies, National Pig Association ASF has been circulating in Europe for a number of years, but it began to spread at a more rapid rate last year. It is now reported in more than 40 countries, and earlier this week was discovered to have leapt 300km across Poland from its easternmost provinces to farms near its western border.

Swine Fever is being carried around the world by humans

Australia, known for its strict biosecurity measures, is spending an additional A$66m ($45m; £35m) on measures designed to keep the virus out. However, recent seizures underline the difficulty of the task. Over the past six months, Australian authorities have seized 32 tonnes of pork products from passenger bags and mailed packages. "Of that, 49% had fragments of African swine fever," said Margo Andrae, chief executive of Australian Pork Limited, an industry body, reports the BBC

Rabobank said that China's pork imports from the US have doubled. Beef and chicken prices have also increased because of additional demand from consumers switching from pork. Tommy Wu, an economist from Oxford Economics, said there's likely to be an additional price spike in the coming months as demand grows for Chinese New Year. The good news, Mr Wu said, is that China's biosecurity efforts have started to have an impact. He thinks the industry in China has turned a corner, but he cautions that a full recovery could take years. The problem is, the disease has moved on.