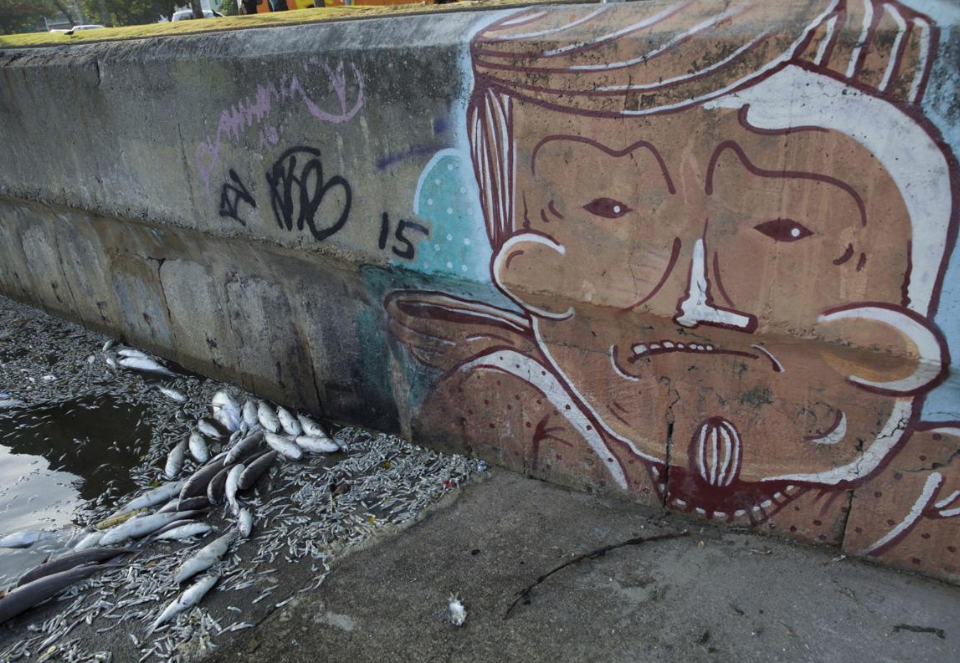 Residents of a high-end neighbourhood in Rio de Janeiro woke up to the unpleasant smell of 13 tons of rotting dead fish floating in the city's Rodrigo de Freitas lagoon.
Biologists believe that the extreme heat caused by El Nino killed the fish overnight and caused them to wash ashore Friday.
The lagoon played host to several events during the 2016 Olympic games and is a tourist attraction. Rio's environment ministry released a statement saying that it has been on alert since Thursday morning when oxygen levels in the body of water began to fall sharply.
Biologist and ecosystem specialist Mario Moscatelli says that he inspects the lagoon every year and is convinced that climate change is causing temperature increases.