EARTHQUAKES IN STRANGE PLACES: A strong magnitude 4.4 followed by a mag 3.3 is the second biggest quake to strike Tennessee U.S., since 1973 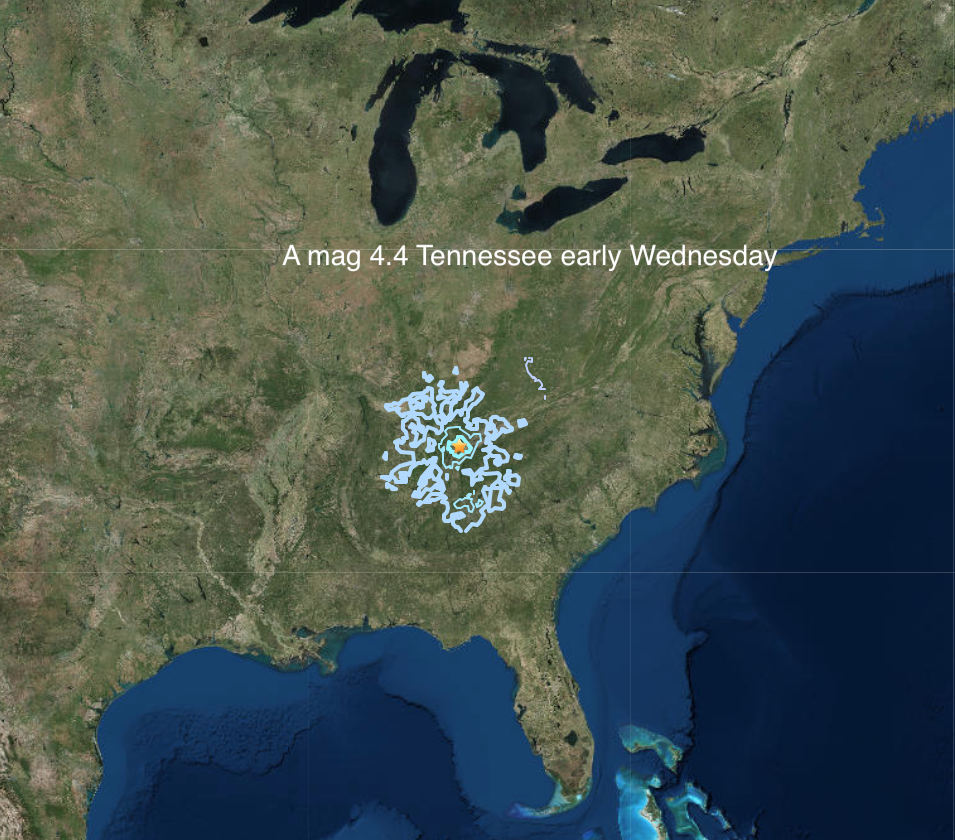 USGS
This quake strongest on record in east Tennessee since a Nov. 30, 1973 tremor near Maryville, south of Knoxville, which led to minor damage near the epicentre.
The U.S. Geological Survey recorded two earthquakes in Tennessee early Wednesday.
The first happened at about 3:15a.m. and was reported to be a magnitude 4.4. The second was recorded at about 3:30a.m. and was a magnitude 3.3.
According to the USGS Intensity map, as of 3:45a.m., more than 2000 people reported feeling the earthquakes across Tennessee, North Carolina, Alabama, and Georgia.
Some people reported feeling weak shaking in areas of Middle Tennessee, like Hendersonville, Cookeville, and Murfreesboro.
According to the National Weather Service office in Morristown, the largest earthquake on record in East Tennessee was a magnitude 4.7 near Marysville in 1973.
The USGS studied the reason why earthquakes are felt at much farther distances on the east coast, compared with earthquakes that hit the west coast.
Researchers found that some factors have to do with tectonic plates and their geological history.
The east coast has older rocks, which researchers said allow seismic waves "to cross them more effectively during an earthquake."