A magnitude 6.7 - 262km NW of Ozernovskiy, Russia Saturday was the 7th major quake of October and the 95th of this year 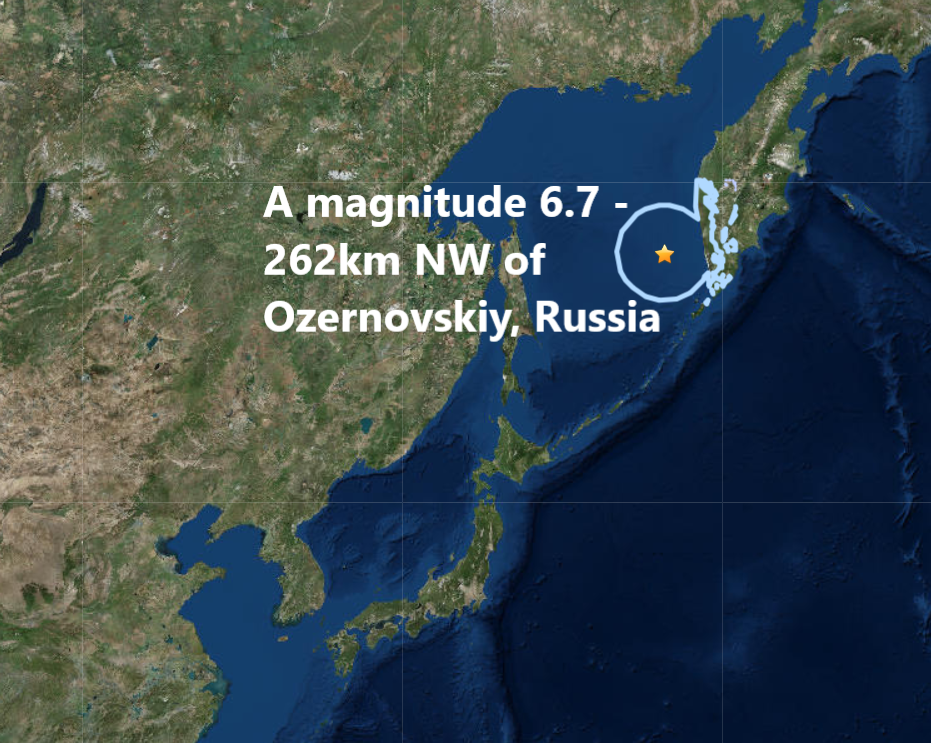 USGS
A magnitude 6.7 - 262km NW of Ozernovskiy, Russia Saturday was the second major quake to hit the area after a mag 6.3 struck on Thursday.
There was no immediate tsunami warning or any reports of any damage or casualties resulting from the quake, which the USGS said had occurred at a depth of 470 km (292 miles).
The quake occurred during a G1 solar storm in the Earth's magnetic field allowing solar wind to enter our planet's magnetosphere from a large coronal hole on the Sun.
Saturday's quake was the 7th major quake of October and the 95th of this year.