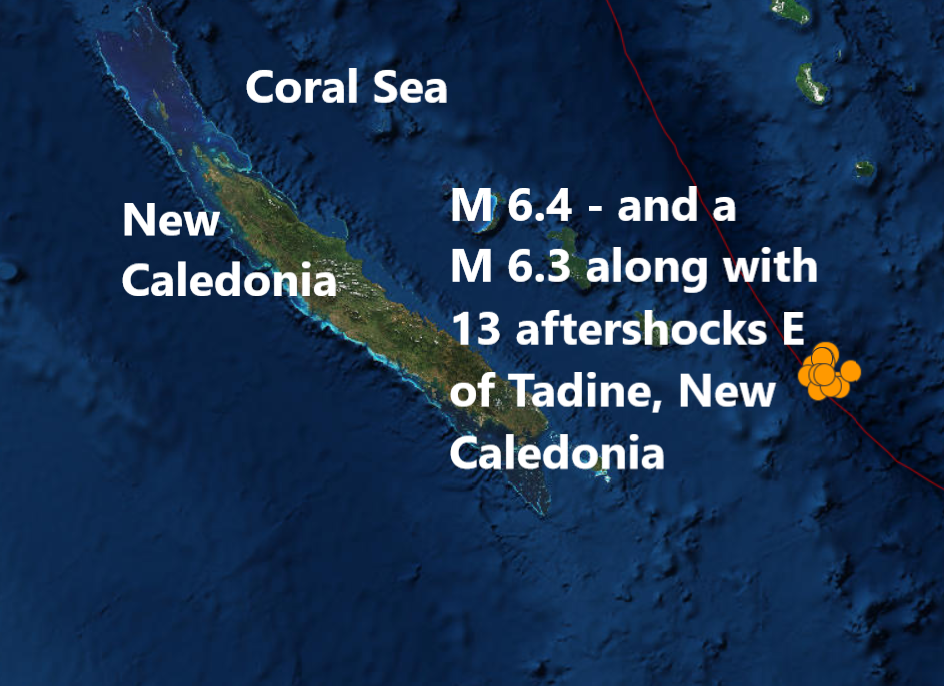 USGS
A magnitude 6.8 earthquake reduced to a mag 6.4 was recorded east of New Caledonia in the South Pacific on Tuesday, the U.S. Geological Survey said, about half an hour after an earlier 6.5 quake reduced to a mag 6.3 by the USGS in the same area.
The second quake was registered 163 km (100 miles) east of Tadine in the Loyalty Islands at a depth of about 10 km (6 miles), the USGS said.
The two major quakes were followed by 13 powerful aftershocks.
There were no tsunami alerts from the Hawaii-based Pacific Tsunami Warning Center after either quake and there were no early reports of casualties or damage.
Last nights major quakes bring the total to 9 major quakes in October and the 97th of this year.