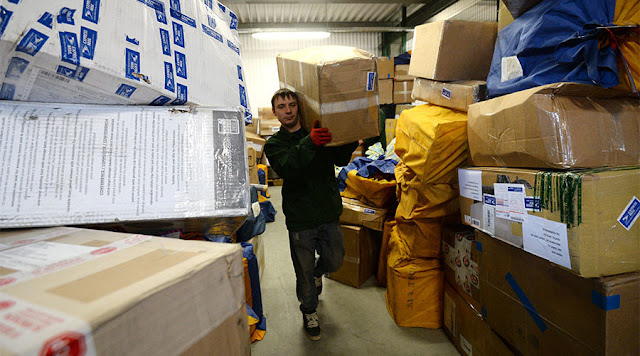 1!Employees of Moscow's Vnukovo airport work in the customs control zone. © Alexey Filippov / Sputnik/RT.com
The Russian Postal and Federal Customs Services intercepted a radioactive parcel at a logistics center at Moscow's Vnukovo Airport and sent it to a special facility for disposal on Thursday.
The discovery was made "during a check of mail to be delivered outside Russia," the Russian Post's press-service told TASS news agency.
As the Yantar radiation control system was scanning one of the parcels, it registered "gamma rays exceeding the maximum permissible radiation background by dozens of times," it said.
The source of dangerous emissions was immediately removed from the rest of the packages and placed in a protective container.
The parcel contained "an aeronautic measuring device with a built-in dial piece," the press service said, adding that the radioactive cargo had been sent to a specialized facility for disposal.
"The radiation level of the remaining postal items was at standard level," it stressed.
The radioactive parcel had been sent by a female Muscovite to an addressee in the UK, according to TASS's police source.