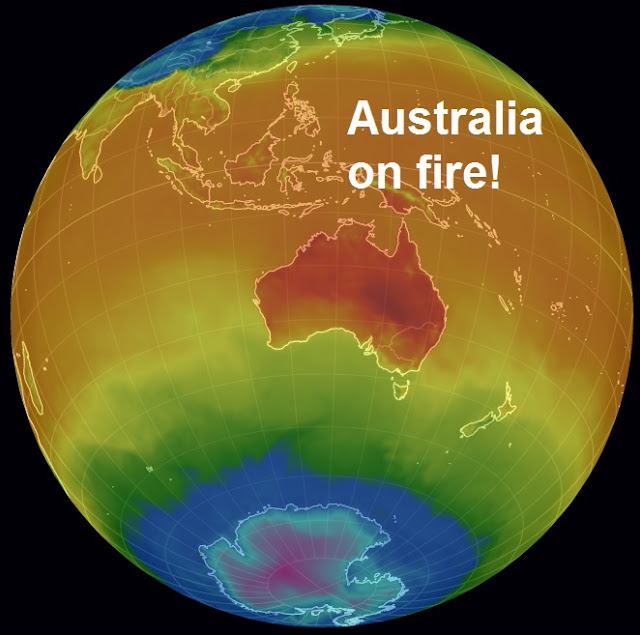 Earthwind map showing Australia on Friday
Queenslanders are preparing for a potentially deadly heatwave that's set to have Brisbane sweltering through its hottest December day in 15 years.
The mercury is tipped to soar past 40C in southern parts of state and a top of 38C is forecast for Brisbane on Friday, nine degrees above the December average.
The forecast has prompted Queensland Health to activate a safety plan usually reserved for cyclones and floods, ensuring hospital and health services are ready to give care to vulnerable people. Paramedics are also urging residents to keep hydrated and cool to prevent cases of potentially fatal heat stroke.
"Heatwaves are the most deadly natural phenomenon in Australia, claiming hundreds of lives each year," AMA Queensland President Dr Chris Zappala said.
The RSPCA has also reminded residents not to leave pets inside their vehicles, warning it only takes six minutes for a dog to die in a hot car.
Friday is expected to be Brisbane's hottest December day since 2001, when the mercury nudged 40C on Christmas Eve.
"Brisbane had a run of 40C and 39C from Christmas Eve to Boxing Day that year," meteorologist Jeanine Yuasa told AAP.
The hottest day in Brisbane since the turn of the century was 41.7C in February 2004.
The heatwave is likely to continue into early next week.