Saturday, 6 November 2021 A maximum-security prison in regional NSW, Australia had be emptied of inmates after it was lost to gangs of "MICE!" $100 million mouse plague caused up to $100 million worth of damage and sparked a mental health crisis in parts of Australia

In June, they caused all 420 inmates at Wellington Correctional Centre in the state's west to be sent to other facilities after they damaged the building, a budget estimates hearing heard on Friday. Prison staff were working in buildings where cavities and ceilings were full of dead mice, Acting Corrective Services NSW Commissioner Kevin Corcoran told the hearing.

Saturday, 2 October 2021 West Nile virus scare! 25 times more mosquitoes this year than last. "This is the worst mosquito season in recent memory, with a record number of the bugs plaguing communities across New York from the city to Buffalo and all throughout New York state." 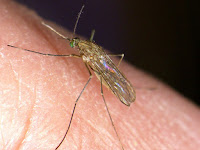 Saturday, 2 October 2021 Rome's eternal problem! More cracks open in the infrastructure of our Western civilization: The capital is beloved by tourists but plagued by problems as a wild boar and cockroach invasion roam the streets to eat from the ever-increasing overflowing garbage bins

Europe, along with the US are experiencing unexpected problems during the Covid pandemic. While the Democrats are trying to come to a solution to fix America's aging infrastructure something else has gone profoundly wrong. Inequality has soared. Educational progress slowed. Incarceration rates quintupled. Family breakdown accelerated. Median household income stagnated. The UK is suffering a mass decline in truck drivers who are failing to stock supermarket shelves and replenish petrol stations, and energy bills are soaring, other parts of Europe are having to hike energy bills just in time for Christmas, while Rome, the so-called eternal city is being bogged down by tons of uncleaned litter, wild boars, and a cockroach infestation.

Friday, 24 September 2021 Unliveable Series! Climate Chaos: Biblical numbers of mice continue to plague Australia as farmers fear yet another crop will be ruined as numbers spreads to unexpected areas along with drought, dust storms, fires and floods which are the new normal during an Australian summer 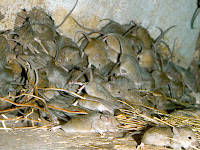 Monday, 12 July 2021 The red tide plague is still killing marine life and destroying the vulnerable ecosystem A record number of manatees have died this year in the US State of Florida, primarily from starvation due to red tide: 15 tons of dead fish collected in recent days 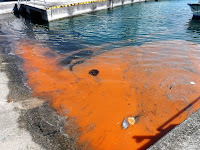 Red Tide in a harbour, credit Wikipedia
It is an extremely dire situation and is deliberately being under-reported. The Florida red tide plague is still killing marine wildlife and destroying the vulnerable ecosystem around the massive panhandle.
The actual problem is a spiral caused by human pollution causing the algae, the algae kill the fish which causes more algae which of course kills more fish. This never-ending cycle began in 2016 and has never gone away and has created, "dead-zones," in and around Florida's coastline leaving many experts wondering if the waters will ever recover.
Thursday, 24 June 2021 “They’re everywhere,” A punishing drought in the U.S. West is drying up waterways, sparking wildfires and producing plagues of voracious grasshoppers in large areas of Montana, Wyoming and Oregon and portions of Idaho, Arizona, Colorado and Nebraska. 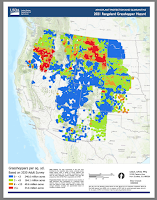 A punishing drought in the U.S. West is drying up waterways, sparking wildfires and leaving farmers scrambling for water. Next up: a plague of voracious grasshoppers. Federal agriculture officials are launching what could become their largest grasshopper-killing campaign since the 1980s amid an outbreak of the drought-loving insects that cattle ranchers fear will strip bare public and private rangelands.

Wednesday, 23 June 2021 Like “trying to control Covid on a cruise ship.” Australian mouse plague is so bad people are being forced to tie a string around their pants to stop the rodents running up their legs; Entire towns suffocated by the pungent smell

It's an economic and social nightmare and there are no natural predators to stop them except huge amounts of poisoning which is killing many other animals.

Those in rural areas affected by the mouse plague are being forced to tie a string around their pants to stop the rodents from running up their legs. Country towns in NSW have been gripped for the past nine months by a severe stomach-churning plague of mice, seeing schools, homes and hospitals overrun as farmers lose hundreds of thousands of dollars in crops. Entire towns have been suffocated by the pungent smell left by the rodents in Australia’s worst mice outbreak in more than 30 years.

Thursday, 25 February 2021 Somalia and Ethiopia have lost their fight against the new locust invasion: Thousands of farmers in Kenya are counting huge losses as desert locusts are ravaging their farms daily. The locusts come at a time produce grown in Kenya is ready to be harvested 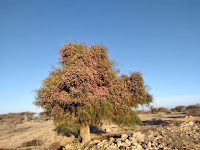 Agriculture Minister Peter Munya told reporters that more than 75 swarms have been reported in Kenya.

Monday, 22 February 2021 A new wave of the desert locust invasion currently destroying crops and pastures in northern Kenya threatening the livelihoods of millions of people threatens to spiral out of control: A square kilometre swarm can eat as much food in a day as 35,000 people. 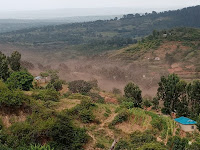 A square kilometre swarm can eat as much food in a day as 35,000 people. 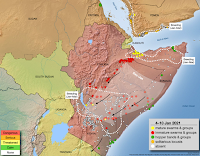 The Somali Regional State has announced that locust invasions are causing widespread destruction to crops and grazing lands in all but one of the region's administrative zones.

The infestation, which has affected 10 zones in the region, is spreading quickly to border areas, according to Abdullahi Yusuf Adem, deputy head of the bureau.

The swarms have formed as a result of favourable environmental conditions brought on at the end of November 2020 by cyclone Gati in the Indian Ocean, the strongest tropical cyclone to have ever made landfall in Somalia.