Somalia and Ethiopia have lost their fight against the new locust invasion: Thousands of farmers in Kenya are counting huge losses as desert locusts are ravaging their farms daily. The locusts come at a time produce grown in Kenya is ready to be harvested 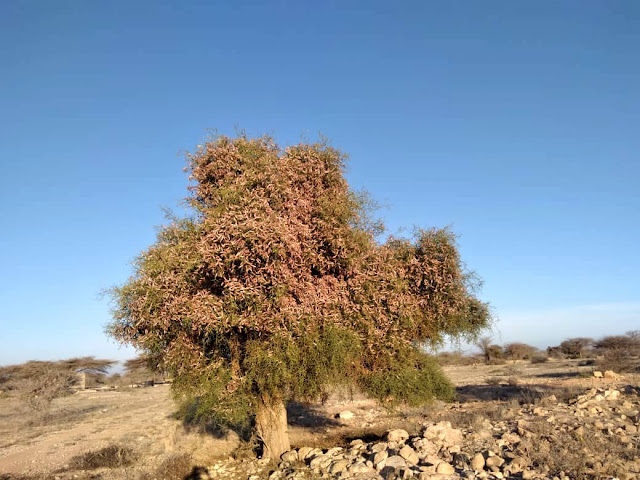 Agriculture Minister Peter Munya told reporters that more than 75 swarms have been reported in Kenya. "We cannot fight locusts in Somalia and Ethiopia where they are thriving. All we can do is fight them in Kenya, as they breed in Kenya, it should be noted that the war against locusts might last until June," he told aa.com.tr. With a budget estimate of 3.2 billion shillings ($30 million) set aside to combat the second wave, Munya said Kenya is well-equipped to fight the swarms and promised that in counties where livelihoods have been affected, the government will step in and offer crop and livestock intervention which include distribution of seeds and cereals, clean water and fertilizers among others. At the Mulika market in Tigania, residents complain that even though the government has assured them that everything will be okay, there are food shortages already.