Proliferation of animal pests! Rat infestation in London and other cities surges 25% in a year! Escalating mice plague hits NSW Australia: The 2nd wave outbreak of the Reed Migratory Locust that is currently plaguing Namibia is more severe than the first 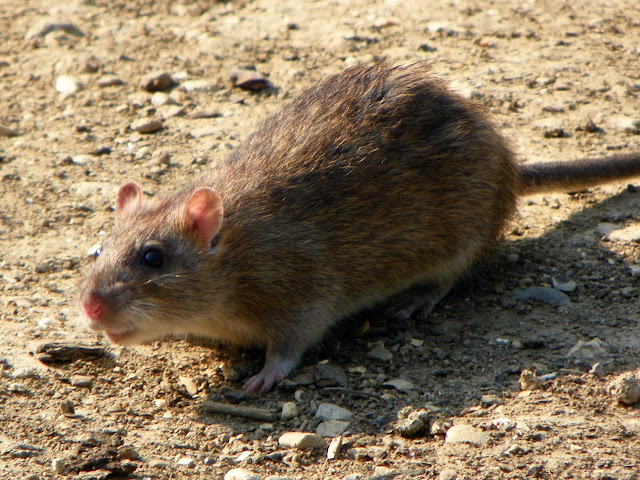 A brown rat in England, Wikipedia

"That's quite a big one," rat-catcher Colin Sims remarks with understatement, holding up a prime specimen measuring about 20 centimetres (eight inches) in length -- not counting its tail. The rat infestation in London and other cities is growing acute as emboldened rodents take advantage of empty offices and seek out new food sources, with many eateries closed. "It's a dirty animal so it's been in the sewer," Sims says as he holds up the rat by the tail, after it died in a trap he had laid in a southwest London home.  According to the website Pest.co.uk, Britain's rat population surged by a quarter to an estimated 150 million last year.

Britain is on its third lockdown since the pandemic took hold, which has provided ideal breeding conditions for rats. "With lockdown, you're going to have buildings that are quiet, unoccupied, so it's going to be dark, it's going to be safe so they can breed undetected," Rentokil manager Paul Blackhurst said. Deprived of the food scraps thrown away at the back of buildings or in now abandoned city-centre streets, the nocturnal pests are also daring to venture out more. There have been increased sightings of rats in broad daylight, strolling around residential neighbourhoods where rubbish bins of housebound residents are quicker to brim over in lockdown. "If we change our behaviour then they are more than likely going to change their behaviour, because they are very, very adaptable animals," Blackhurst said. In rats' ravenous and never-ending quest for food, nothing resists their sharp incisors, leading to damage to wood, brick and even electrical cables, raising the risk of fire and floods. "They just chew through it into the building," Chris Sherriff, of Beaver Pest Control, said as he inspected broken pipework under the front yard of a north London house. Sherriff's colleague, David Lodge, joked that the rodents' increasingly brazen behaviour was like "a Stephen King novel".
With so many more people working from home, Lodge said residents were more aware of the problem in their neighbourhoods, which has grown worse in the winter months as rodents seek refuge from the cold indoors. Others are in for a shock when they return to dormant premises. Natalie Bungay, technical manager of the British Pest Control Association, described the case of one restaurant in western England. "When they opened the doors, there were cans of food everywhere. The rats are gnawing through the soft metal, so it's not really a problem for them," she said. With coronavirus rates falling thanks to a mass vaccination drive, Britain intends to exit lockdown by the summer. That raises the prospect of more business owners re-entering shops and restaurants to find the messy remains of marauding rodent revellers. Colin Sims says the vermin business shows no sign of letting up. After dumping his plump dead rat in a trash bag for incineration, he drives his pickup truck to his next job, an infested commercial backyard.
Australia
Meanwhile in Australia, farmers and people living in NSW rural communities are crying out for help to deal with an escalating mice plague that's threatening their health as well as the winter crop. NSW Farmers is seeking urgent action from the NSW government as farmers in many parts of regional NSW report a drastic increase in mice populations, which are decimating crops, destroying stored hay and invading silos, sheds and homes. The rodents are also affecting human health impact, with the NSW Western Area Health Service reporting increased cases of leptospirosis as a result of mice in domestic dwellings.
NSW Farmers President James Jackson said grain growers hold grave concerns about the winter crop planting season, which is due to start within weeks. "Farmers need some more control options. We are requesting that an Emergency Use Permit be issued for Zinc Phosphide to treat seed," Mr Jackson said on Wednesday. "This will allow farmers to have their own grain professionally treated, removing the biosecurity risks posed by using foreign seed. "It will also reduce the cost of sourcing sterilised or de-vitalised grain by farmers using their own treated seed to be sown for winter cropping. "NSW Farmers is also seeking some financial assistance through a small grants program. "Mouse control is very costly. The severity of the current plague has resulted in the need for multiple aerial and ground bait applications in cropping regions," Mr Jackson said. "Potential options we are putting up include a rebate on rodenticide products or a subsidy for ground and aerial baiting. Action is needed now. This mice situation is only getting worse." Mice damage reports were flooding in from farmers and rural communities from the north, south and central west.
Namibia
The 2nd wave outbreak of the Reed Migratory Locust that is currently plaguing the country is more severe than the first, the Agriculture Minister, Calle Schlettwein announced on Wednesday. “The outbreak this time is of mainly swarming locusts and is occurring in northern- central and eastern Namibia moving southwards. The most elective method of control under current circumstances is arieal spraying,” the minister said.
European suppliers have informed that they can deliver in six (6) months only, and the only African supplier in Morocco equally struggles to meet the demand. We have roped in the assistance of development partners and the FAO to acquire appropriate pesticides and equipment to strengthen our efficiency in controlling the outbreak,” he said.
Front Page Headlines
Environment 2021
at March 19, 2021