Thursday, 16 September 2021 A new problem for the stricken Nuclear Plant Fukushima: Radiation readings found near the surface of the lid of reactor No. 2 containment vessel is "dozens of sieverts per hour," lethal to humans as TEPCO clean-up appears to be going backward and still no end in sight!

TEPCO said they would clean up Fukushima by 2051 back in 2011, even though they had no known technology cable of such a task back then or even now! And more than ten years on they appear to be going backward in managing a problem that has no wish to go away and could still be around 25,000 years from now and I'm not kidding...
According to Arnie Gundersen of the Fairwinds website, the government of Japan claims that the Fukushima site will be entirely cleaned and decommissioned in less than forty years, that is scientifically impossible since some radioactive isotopes will be spread across the Fukushima site and surrounding landscape for 300 years and others for 250,000 years and a new problem has arrived.
Monday, 6 September 2021 “Facts don’t cease to exist just because they are ignored." As of today, I have not been able to find one salmon or halibut that was not radioactive. Yep, I have only tested one whale so it might just be a fluke but this gray whale was radioactive!!!

Let's talk about our healthy diets, even some of that organic fish loved by millions called salmon. But first, I would encourage you to grab Killer algae bloom shake, yum! Do not worry about gaining weight from gulping too much of it. Unofficially, it is called the "very fast death factor shake." Yep, it has been said that the CIA at least at one time used it in suicide pills so that their agents could off-themselves if needed when captured by the enemy. And ladies, why not pick up some of those pills yourself? After all, when he dies in his sleep it will be ruled “Death by Covid!” There is a super deal on these shakes right now in Florida, but you can get them in many coastal places. Now do not be disappointed, they only come in the color RED.

But do not lose heart! You can grab one even on a remote trail in Sierra National Forest. Yep, just hike the Devil's Gulch Trail.

A letter from Bill! Everyone vaccinated needs to relieve themselves, bathe, swim, do laundry which will dump tons of graphene oxide into our wells, creeks, rivers, seas, and oceans condemning all the animals, insects, reptiles, birds, and all sea life it encounters to eventual death 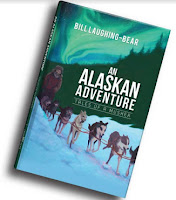 Monday, 21 June 2021 In an incredible disregard for life, the US Navy has used a 40,000lb explosive to test a warship in 'Full Ship Shock Trial.' The explosions indiscriminately kill untold numbers of fish and other marine organisms in the vicinity and can damage or destroy the physical environment.

In an incredible disregard for life, the US Navy has used a 40,000lb explosive to test a warship in 'Full Ship Shock Trial.'

The United States Navy has been carrying out 'Full Ship Shock Trials' off the country's east coast. The 40,000lb (18,143kg) explosion was detonated as part of a test to assess the aircraft carrier USS Gerald R. Ford's ability to withstand battle conditions. The US Geological Survey registered the explosion as a 3.9 magnitude earthquake. Following the trials, the warship will return to a dry dock to undergo modernisation, maintenance and repairs.

Thursday, 15 April 2021 RATS AS BIG AS CATS PLAGUE THE UK! 80% rise in rat activity; A new “war” breaking out on the streets of Britain – with offices and restaurants closed for much of the year, rat populations have exploded in residential areas 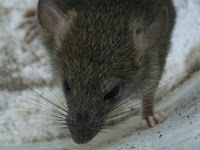 RATS are said to have enjoyed a lucrative lockdown, with pest controllers now waging a "war" on a "plague" of rodents turning to British gardens and residential areas. Monday the nation rejoiced as non-essential retail, hairdressers, gyms and pub beer gardens were allowed to open their doors once again.
It comes as the UK’s heroic fightback against COVID-19 continues this week, with more than 40 million jabs in arms and 7.8 million people fully vaccinated. But there is a new “war” breaking out on the streets of Britain – with offices and restaurants closed for much of the year, rat populations have exploded in residential areas. And some of the rodents being caught are huge.
Sunday, 4 April 2021 Fears rise in Tampa, Florida after an emergency evacuation order for residents of Piney Point industrial site which holds 400 million gallons of water containing radioactive material, triggering an environmental disaster

Manatee County issued an emergency evacuation order for nearby residents of the troubled Piney Point industrial site after a breach was discovered Friday afternoon, sparking fears that it could lead to millions of gallons of polluted water flooding the neighbourhoods and the collapse of the gypsum stacks, which contain radioactive material, triggering an environmental disaster.
“Working with the Florida Department of Environmental Protection, HRK Holdings and county administration, we felt that the threat was imminent and ordered an evacuation,” said Manatee County Director of Public Safety Jacob Saur, whose department includes emergency management.

Friday, 19 March 2021 Proliferation of animal pests! Rat infestation in London and other cities surge 25% in a year! Escalating mice plague hits NSW Australia: The 2nd wave outbreak of the Reed Migratory Locust that is currently plaguing Namibia is more severe than the first 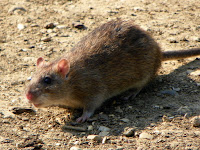 "That's quite a big one," rat-catcher Colin Sims remarks with understatement, holding up a prime specimen measuring about 20 centimetres (eight inches) in length -- not counting its tail.
The rat infestation in London and other cities is growing acute as emboldened rodents take advantage of empty offices and seek out new food sources, with many eateries closed. "It's a dirty animal so it's been in the sewer," Sims says as he holds up the rat by the tail, after it died in a trap he had laid in a southwest London home.  According to the website Pest.co.uk, Britain's rat population surged by a quarter to an estimated 150 million last year.

Sunday, 10 January 2021 Company AltEn selling "Clean Fuel" ethanol responsible for eye and throat irritation and nosebleeds in residents colonies of dead bees disoriented birds and butterflies and pet dogs ill, staggering about with dilated pupils: Bi-product is known to cause tumours in mice

For the residents of Mead, Nebraska, the first sign of something amiss was the stench, the smell of something rotting. People reported eye and throat irritation and nosebleeds. Then colonies of bees started dying, birds and butterflies appeared disoriented and pet dogs grew ill, staggering about with dilated pupils. There is no mystery as to the cause of the concerns in Mead, a farming community so small that its 500 residents refer to it as a village and not a town. After multiple complaints to state and federal officials and an inquiry by a researcher from the University of Nebraska, all evidence points to what should be an unlikely culprit - an ethanol plant that, like many others around the United States, turns corn into biofuel.
Environment 2020
Environment 2019