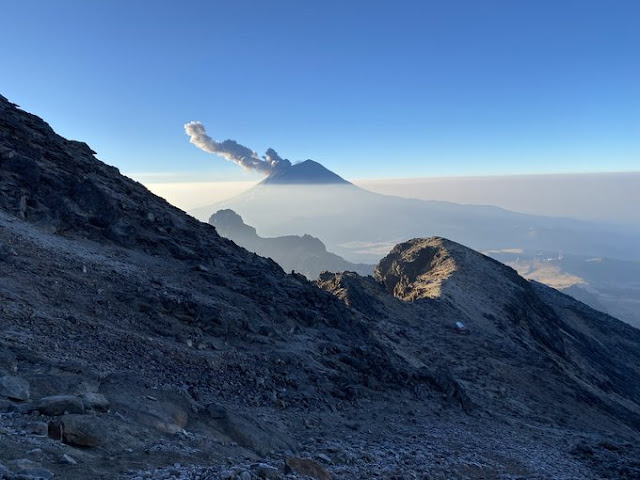 A spectacular burst of volcanic activity around the world just before Christmas has enthusiasts excited after a fairly quiet year.

Hawaii's Kilauea volcano has roared back to life, creating a lava lake that has been growing several meters per hour, the US Geological Survey said on Monday. The eruption started after a 4.4 magnitude earthquake struck the volcano's south flank a day earlier. The Halemaumau crater of the volcano is shooting lava, gas and ash into the air. A particularly vigorous eruption occurred within an hour when lava poured into a crater and mixed with the water accumulated inside, Tom Birchard, a senior forecaster with the National Weather Service, Hawaii, told The Associated Press. Birchard added that a steam cloud as high as 30,000 feet (some 9,150 meters) had shot into the atmosphere.

The recent volcanic activity at Italy’s Mount Etna intensified overnight, as a large stream of lava spewed out westward from Europe's largest and most active volcano, putting local residents on edge as 2020 draws to a close. The eruption at the 3,329-meter (10,922-foot) volcano’s southeast crater reignited, resulting in yet another lava-fountaining episode (known as a paroxysm), lighting up the Sicilian skies in the early morning, before filling them with thick clouds of smoke and ash.

The paroxysm was shorter but stronger than the event on December 13 and was accompanied by a sharp peak in a seismic activity which lasted for around two hours. According to some reports, the recent activity could mark the beginning of a new cycle of increased paroxysms at the volcano in the coming days and weeks, not ideal news for beleaguered local residents as the end of 2020 comes so agonizingly close.

More than 500,000 people live around the base of Mount Etna which has a history of violent eruptions and is one of the most active volcanoes on earth.

Sheveluch volcano (Kamchatka, Russia): powerful eruption; emissions to 28,000 ft. A spectacular volcanic explosion occurred from the crater at 12:20 local time today as volcanological observatory KVERT reported. The plume of ash rose to an altitude of 16,000 ft (4,876 m) and formed a relatively large umbrella region in the upper part of the eruption column.

A few hours later, at 19:30 local time on today evening, another strong explosion detected by Volcanic Ash Advisory Center (VAAC) Tokyo produced a spectacular ash plume rising up to 28,000 ft (8,500 m) altitude and extended about 130 km to the southeast of the volcano. Incandescence continues to be observed in the crater identified in satellite data. The volcano's lava dome remains in a very active state. Volcano discovery.

The Sakurajima Volcano in Japan is currently erupting.

Suwanosejima volcano (Ryukyu Islands, Japan) - intense strombolian activity continues
Strombolian explosions become stronger than the average size of explosions at the volcano and more frequent at regular intervals of 2 to 4 per hour during the past few weeks. An explosion generated an ash plume which reached approx. 1,968 ft-3,937 ft (600 m-1,200 m) altitude and drifted SW. Some of the lava bombs were ejected as far as 800 m away from the crater. In addition, the activity is accompanied by a strong glow from the Otake crater that suggesting a rise of the flux of magma within the volcano. The warning bulletin states that ballistic impacts of volcanic bombs and pyroclastic flows could affect an area of about 1 km distance from the main crater.
Volcano Discovery
Volcano Eruptions 2020
Front Page
at December 23, 2020

We are at the cusp of the 12,000 year cyclic Solar mini-nova. Lots more Earth changes coming down the pike, as we hit the peak of the Galactic Current Sheet and then the magnetic reversal on our planet. YT channel SuspiciousObservers has the details. No fear, but time to plan ahead.