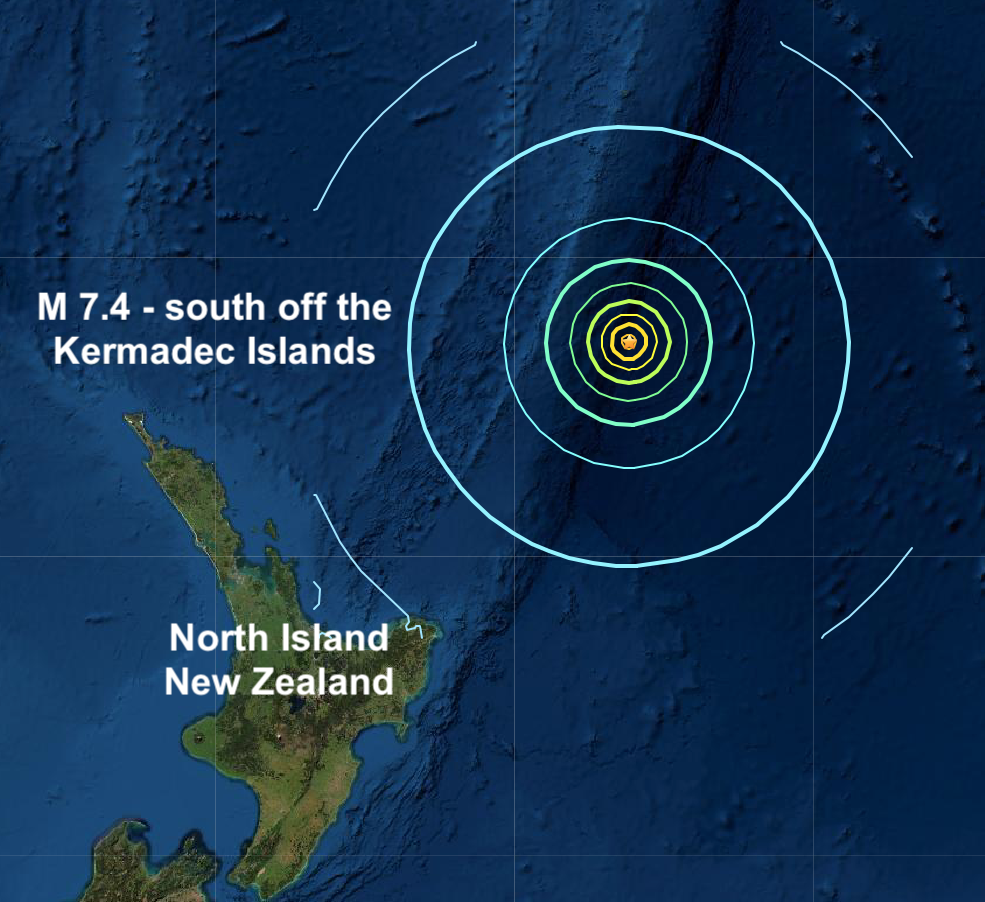 A very powerful, shallow 7.4 earthquake has struck off the east coast of New Zealand - and widely felt by thousands. The earthquake, 710km northeast of Gisborne and 33km deep, was listed as "weak' by GeoNet NZ but was felt across much of the east coast including Hawke's Bay this morning. More than 8900 people - including residents in Napier, Hastings, Gisborne, Bay of Plenty and Wellington - registered as feeling the quake at 12.50am. Hawke's Bay Civil Defence emergency management group issued an advisory shortly after to say there was no tsunami threat from the shake.

International media had initially reported a tsunami alert had been issued as part of the UNESCO/IOC Pacific Tsunami warning and mitigation system which said: "Hazardous tsunami waves from this earthquake are possible within 300km of the epicentre." However, the alert was quickly downgraded according to the New Zealand Herald.

Today's quake is the 6th major quake, (mag 6 or higher) of June and the strongest so far, it is also the 52nd major quake of 2020 as we approach the half-way point of the year.