It's exciting, it's an old friend and it's the highest active volcano in Eurasia! The latest eruption of the Klyuchevskaya Sopka volcano in Russia's Kamchatka spews ash 7,000m into the skies 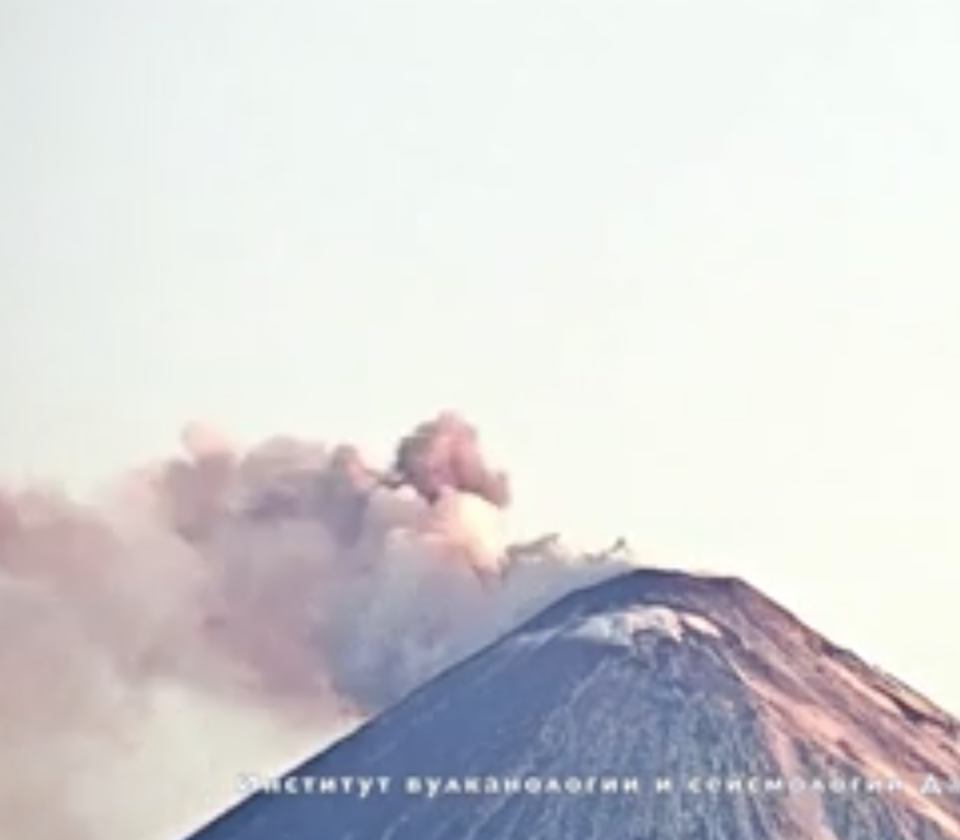 It's exciting, it's an old friend and it's the highest active volcano in Eurasia!

The eruption of the Klyuchevskaya Sopka volcano in Russia's Kamchatka has created spectacular scenes, producing rivers of lava and massive smoke clouds – but scientists worry that the resulting ash cloud could disrupt air traffic. The latest activity within the steep symmetrical cone of the volcano – the highest in Eurasia – blew ash some 7,000 meters into the air on Monday, the Emergencies Ministry said. Klyuchevskaya Sopka, at 4,649 meters in height, was effectively inactive for three years before it started spewing lava again last October – and the smouldering eruption has continued to some degree ever since.

The Kamchatka Peninsula is a remote, yet picturesque, area in Russia's Far East, and there are no cities or towns within close proximity of the clouds of ash pumping out of the volcano. However, researchers at Russia's Academy of Sciences (RAS) are still closely monitoring the eruption, as it could potentially cause significant air traffic disruptions. Civilian flights might be grounded due to Covid-19, but the most essential cargo is still being delivered by plane. RT.com