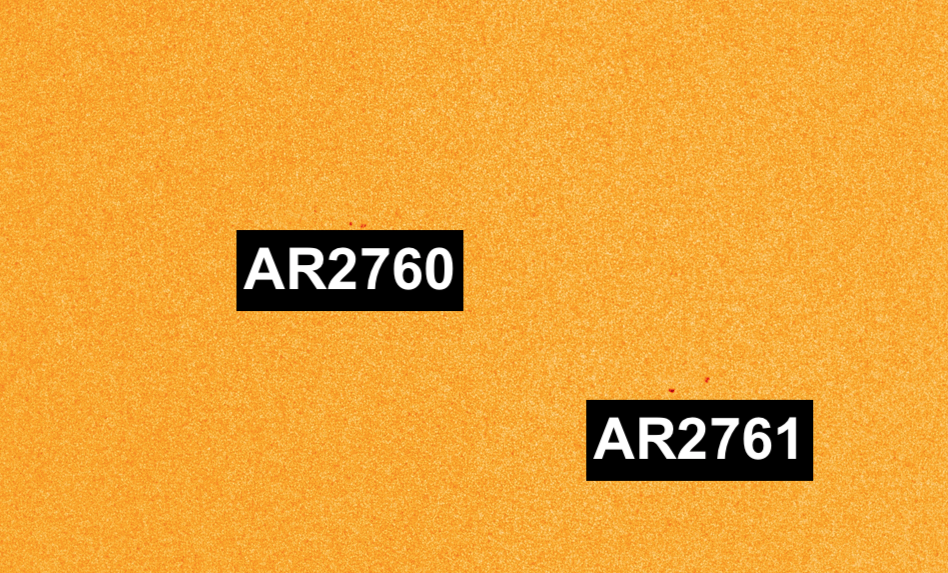 I have been blogging about the sun since 2008 and this is something I have never seen before and is insanely interesting: As you may well know our sun is deep into the deepest Solar Minima in a century (a period where sunspot activity decreases and this period has been especially quiet with 76% of 2020 having no sunspot activity on our sun whatsoever.) But today two sunspots are visible on the sun, however, one is from the last solar cycle no 24 and the other is from the next solar cycle 25, ( a solar cycle lasts approximately 11 years) I have never witnessed this before when two old and new sunspots form simultaneously.

According to Spaceweather.com today, there are two sunspots in the sun's southern hemisphere. Their magnetic polarity reveals something interesting: They come from different solar cycles. Take a look at this magnetic map of the sun's surface (with sunspots inset) from NASA's Solar Dynamics Observatory: One sunspot (AR2760) belongs to old Solar Cycle 24, while the other (AR2761) belongs to new Solar Cycle 25. We know this because of Hale's polarity law. AR2760 is +/- while AR2761 is -/+, reversed signs that mark them as belonging to different cycles. 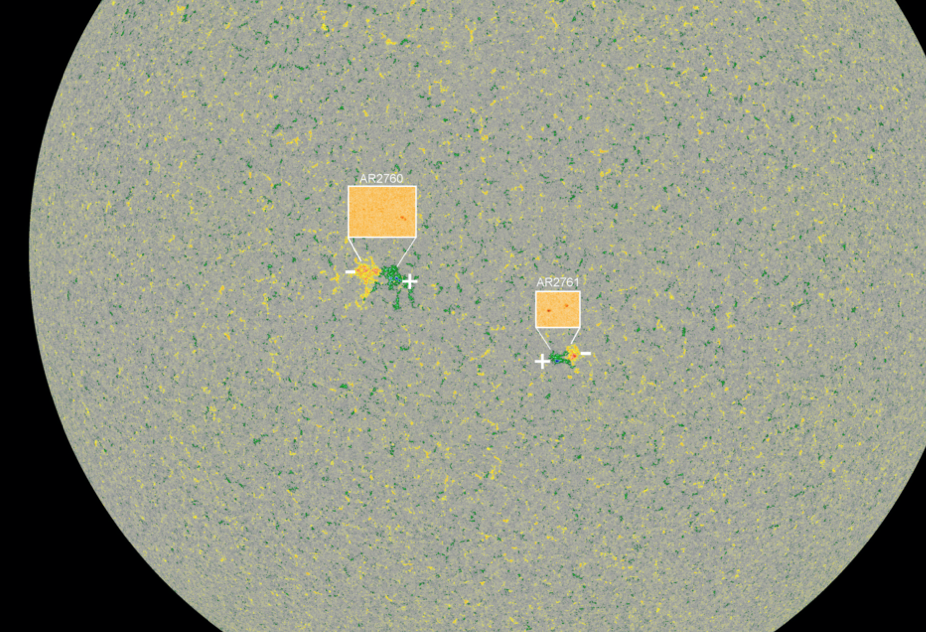 This is actually normal. Solar cycles always overlap at their boundaries, sprinkling Solar Minimum with a mixture of old- and new-cycle sunspots. Sometimes, like today, they pop up simultaneously. We might see more such combinations in the months ahead as we slowly grind our way through one of the deepest Solar Minima in a century. The simultaneous appearance of two solar cycles suggests a type of temporary balance. In fact, the tipping point may have already been reached. So far this year, there have been 7 numbered sunspots. Five of them (71%) have come from Solar Cycle 25. This compares to only 17% in 2019 and 0% in 2018. Slowly but surely, Solar Cycle 25 is coming to life.