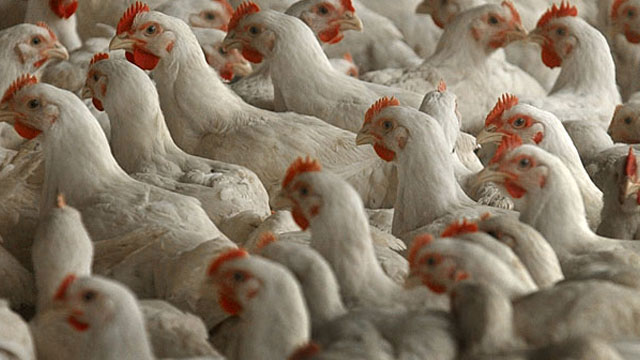 The H5N8 strain of bird flu has been found at a large turkey farm in northwestern Hungary, the National Food Chain Safety Authority (NEBIH) said on the 13th of January. Slovakia, Hungary’s northern European Union neighbour, reported its first outbreak of the same highly pathogenic strain of the virus in nearly three years in backyard poultry in the western part of the country. Hungary’s NEBIH said the full turkey stock at the farm, more than 50,000 birds, would have to be culled and other precautionary measures implemented to contain the spread of the infection. Reuters

A new outbreak of bird flu was reported in Poland also on January the 13th, with around 6,000 geese exterminated, a regional spokesman confirmed to Reuters, adding to about half a dozen cases already detected across the country since December. “Six thousand geese at the farm (are) set for extermination, the state veterinary inspectorate has already taken steps,” Tomasz Stube, the spokesman for the Wielkopolska region told Reuters. The strain of the virus was a subtype of the highly pathogenic H5N8 bird flu, Polish state news agency PAP reported, which can also pose a threat to human health. Reuters

Romania has reported an outbreak of the highly pathogenic H5N8 bird flu virus on a farm in the northern part of the country, the first such outbreak in nearly three years, the World Organisation for Animal Health (OIE) said on Wednesday. The virus killed 11,190 birds out of a flock of 18,699 in the Maramures region near the borders with Ukraine and Hungary, the Paris-based OIE said, citing a report from Romania’s veterinary services. The rest of the flock was slaughtered, it said. Reuters

Highly contagious bird flu has been confirmed at a Czech farm, officials said Saturday after a French farm union warned of the risk of a new outbreak in Europe. Czech official Petr Vorlicek said "the highly pathogenic H5N8 subtype lethal for birds" was found at a small farm 150 kilometres (94 miles) southeast of the capital Prague. Vorlicek, a spokesman for the State Veterinary Administration (SVS), said the infection at the farm in Stepanov nad Svratkou was most likely imported by wild water birds. The SVS, which says the H5N8 has never been reported to have spread to humans, said the farm-bred three ducks and 12 hens, of which six infected with the virus died within two days. The remaining animals at the farm were culled on Saturday morning, veterinarians said. Phys.org

Bulgaria slaughtered 24,500 pigs in swine fever outbreak Bulgarian veterinary authorities said on Friday the 10th of January. they culled more than 24,000 pigs after detecting an outbreak of African swine fever at a pig farm in the northeast of the country. The outbreak is the first at an industrial farm since August 2019 when the virus hit six breeding farms in the Balkan country, forcing the vet authorities to cull almost 140,000 pigs from 42 outbreaks in 2019.

As African swine fever spreads, European countries — especially Germany — are afraid of the damage that could be caused to their farming sectors. The deadly disease — which causes internal bleeding and haemorrhages in pigs — is moving quickly through Eastern Europe, typically through wild boar, which travel long distances and can infect domestic pigs being bred on commercial farms.

So far outbreaks of African swine fever have been confirmed in nine EU countries, affecting Estonia, Poland, Latvia, Lithuania and Romania the worst. Outbreaks have also been confirmed in Russia, Ukraine and Moldova. China, the world's biggest pig producer, has also recently been hit by the disease.  Politico

First it's bird, pigs, next human culling. Chemical, pathogenic warfare can fall from the sky trails. It's in the agenda. Depopulation

I agree. We are next. I believe "they" will legalize weed federally. It will be worse than paraquat that they will accidentally find after millions die. I believe its being planned soon.