Survival rates for salmon just 3 per cent on the West Coast of the U.S. Salmon demise is being blamed on global warming (we found an increase of 27% in radiation from 2012 to 2017) 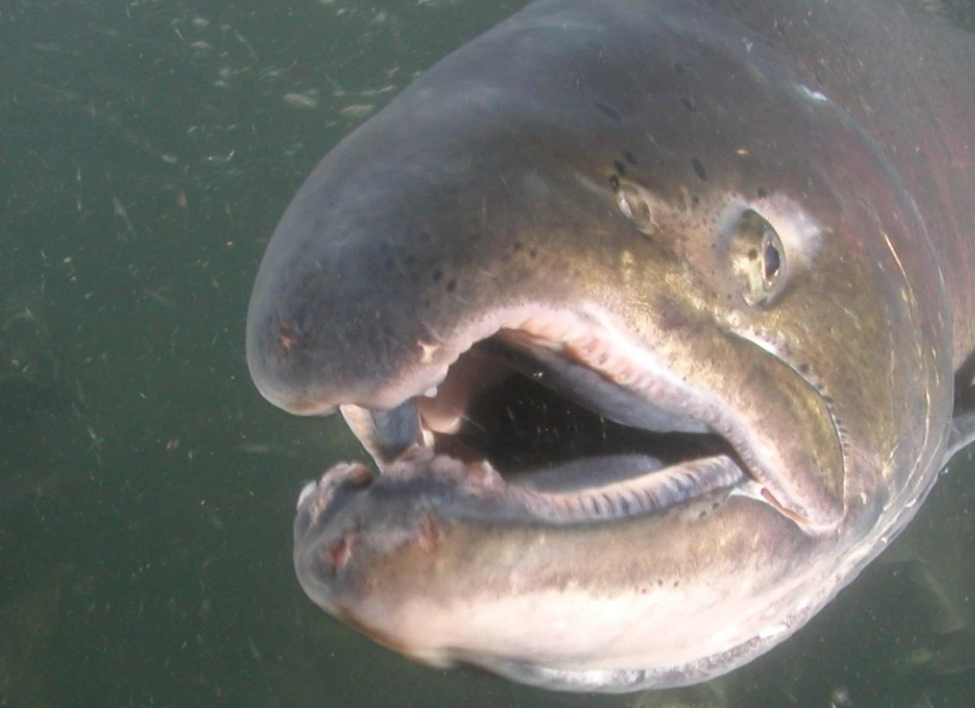 A couple of days ago I reported how extremely low cod numbers have lead feds to close the Gulf of Alaska fishery for the first time ever. In an unprecedented response to historically low numbers of Pacific cod, the federal cod fishery in the Gulf of Alaska is closing for the 2020 season.

An additional Chinook mortality has lead to a North Coast fall salmon angling closure.  TILLAMOOK: A recent die-off of fall Chinook salmon in the Wilson River has prompted fishery managers to close the entire North Coast to all salmon angling, effective December 13 – 31. The closure includes all North Coast basins from the Nestucca River to the Necanicum River. Monitoring of North Coast basins, in response to the recent die-off, observed in the Wilson River and by reports from the public of similar mortality events in other rivers, revealed substantial deaths of fall Chinook salmon (more than half of the carcasses sampled in the Nestucca, Trask and Kilchis rivers this week) prior to spawning. Additional pre-spawn mortalities have been observed in the Wilson River since last week’s closure as well. The mortality is attributed to the spread of cryptobia, a naturally occurring parasite which only affects certain fish species, and poses no risk to humans, reports the News Lincoln County

The federal government issued a disaster declaration for Alaska's pink salmon fishery and several other salmon and crab fisheries along the West Coast earlier this year. Bill Walker requested the declaration after the 2017 pink salmon harvests in Kodiak, Prince William Sound, Chignik and lower Cook Inlet came in far below forecast, the Alaska Journal of Commerce reported. The disaster declaration granted by U.S. Secretary of Commerce Penny Pritzker gave Kodiak and the other Alaska fisheries the ability to seek disaster relief assistance from Congress because of the unexpected large decreases in salmon returns. Full story

The demise of salmon is even worse in Scotland...It used to be the best salmon fishing in the world but climate change is being blamed for Scotland's worst salmon season in living memory. Some beats on famous rivers like the Spey and the Nith recorded not a single salmon caught during the entire season (Nov, 2018). Just two salmon were caught on the River Fyne in Argyll, where once more than 700 were caught each season. Survival rates for salmon at sea have fallen as low as 3 per cent with global warming and ocean fishing fleets among the likely causes. Professor Ken Whelan, a leading salmon specialist investigating the downturn, said: "Absolutely there's a crisis in salmon fishing." "This has been undoubtedly the worst season I've witnessed in my lifetime." The Scotsman

In August this year, a report claimed, from the Koyukuk River to the Kuskokwim, to Norton Sound, to Bristol Bay's Igushik River, unusually warm temperatures across Alaska had led to massive die-offs of unspawned chum, sockeye, and pink salmon. Warm waters also sometimes this summer acted as a "thermal block" - essentially a wall of heat salmon don't swim past, delaying upriver migration. Full story


An alarming report in 2017 was issued by the U.S. Secretary of Commerce enabling fishing communities in the US to seek disaster relief assistance after alarming decreases in fish and crab supplies along the West-coast of the US. The area covered Alaska to California and is extraordinary in the fact that the Secretary of Commerce has now openly admitted that marine life is dying in incredible numbers due to unusual ocean and climate conditions. U.S. Secretary of Commerce Penny Pritzker determined there are commercial fishery failures for nine salmon and crab fisheries in Alaska, California and Washington. The report clarifies that loss of access, as well as large decreases in fish stock biomass, is due to unusual ocean and climate conditions. In recent years, each of these fisheries experienced sudden and unexpected large decreases in fish stock biomass or loss of access due to unusual ocean and climate conditions. This decision enables fishing communities to seek disaster relief assistance from Congress.

This month brought more misery for Alaskan fisheries. The season was marked by low flow and high pre-spawn mortality. This year, virtually no rain led to extremely low flows and field crews observed unprecedented pre-spawning die-offs and unusually late migration into the streams. According to  Prince William Sound Science Center, the fish finally started, what was for many, an ill-fated journey into the streams after some rain in early September. The rain stopped and the rivers dried up again. Soon thousands of fish were restricted to tide pools without enough water to return to the bays. They all suffocated. “During the first 10 days of September, our dead fish count in one of our streams rose from virtually none to nearly 30,000 dead pink salmon, all dying prior to spawning”. “Our field crews estimated 10,000 died over a single night. We have never documented anything like that in the past.” Reports the Cordoba Times

Earlier this year, a sudden surge in algae killed at least eight million salmon in one week across Norwegian fish farms, the state-owned Norwegian Seafood Council has said. The enormous algal blooms, due to recent warm weather, have spread rapidly around Norway's northern coast, sticking to fishes' gills and suffocating them. The Salmon fishing industry is on the verge of collapse after almost 10 million fish died in Norway. Full Story

Two years ago, historically low numbers of fall-run and winter-run Chinook salmon prompted the California Fish and Game Commission (FGC) to drastically limit the state’s salmon fishery for the remainder of 2017. In the Klamath Management Zone, which is the area between the Oregon/California border and Horse Mountain (40° 05’ 00” N. latitude), the entire ocean salmon fishery will be closed, as will the fall-run Chinook fishery on both the Klamath and Trinity rivers. CDFW

The Big Wobble's very own Bill Laughing-Bear found a sharp spike of radiation in fish he tested in Alaskan waters in 2017, here is his post...


Dear Gary and Readers of the Big Wobble,

Another update from Alaska:

The biologist became very argumentative with me. She said, ‘you can’t use a radiation monitor for evaluation of ambient dosage of gamma radiation.’ The meter I use by Quarta, a Radex, model RD 1503, is made to test gamma radiation in homes, offices, food products, construction materials, soil and etc. She told me that was impossible, you would have to go inside the fish to get an accurate reading with a meter and if it was true, the government would have alerted them. She informed me that these type of radioactive isotopes were short lived and the incident was so long ago that it could not be affecting salmon today.