"A tenth of the world's population in danger!" Saudi Arabia, Iran, Pakistan, Yemen and Oman all in the path of a massive locust swarm 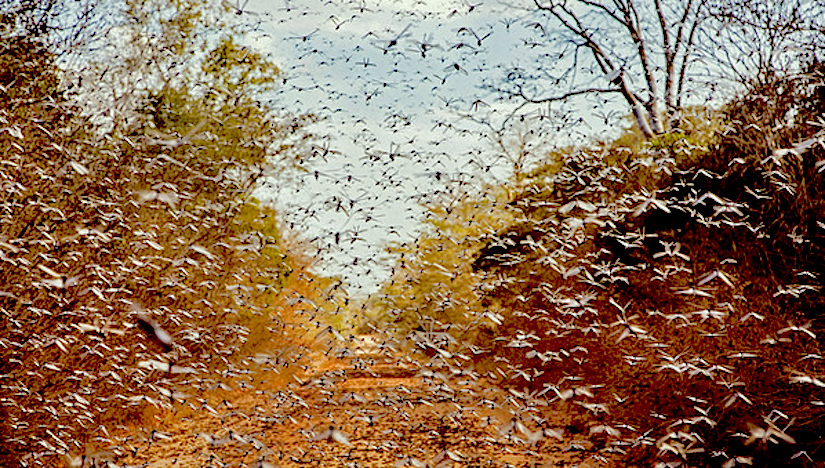 A very small swarm eats as much in one day as about 35,000 people!
Millions of locusts have invaded a city in the Middle East.
The huge swarms descended on Najran in Saudi Arabia, with locals capturing the creepy sights on social media.
In one video a mammoth swarm can be seen flying over streets.
Another shows a man scraping swathes of the wriggling insects from a tree.
Last month, the Food and Agriculture Organisation of the United Nations warned that locusts are increasing in South West Asia and Arabia due to spring breeding.
As well as Saudi Arabia; Iran, Pakistan, Yemen and Oman are also being hit by the insects.
During massive plagues, the insects may spread over 29m sq km, covering 60 countries and 20% of the world's land surface, says the UN.
Swarms can contain up to 80 million locusts per square kilometre.
Because they eat their own weight in food per day, they can potentially devastate crops.
During plagues, the Desert Locust has the potential to damage the livelihood of a tenth of the world's population.