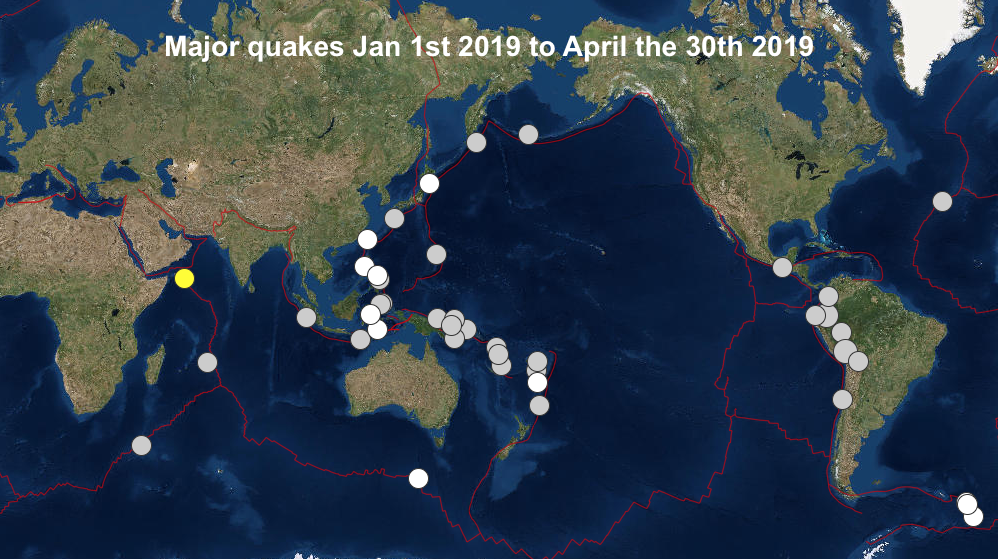 USGS: Note most of the major quakes this year have occurred around the Pacific Ring Of Fire, see map.