2019: And the records keep tumbling! High temperatures of 80°F (27 deg C) in parts of Central Alabama as the mercury hits 15°F above Feb average 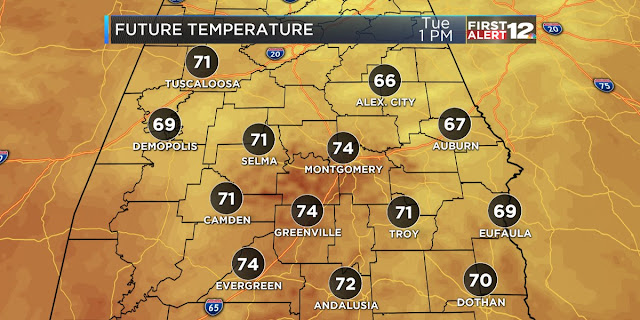