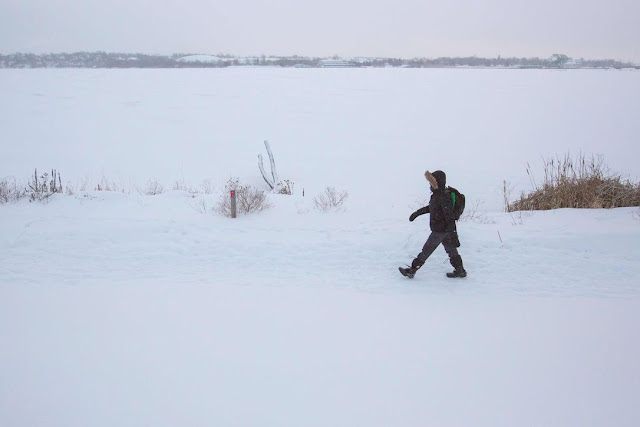 The incredible record-breaking weather just 39 days into 2019 continues with Canada’s midwest city of Saskatoon smashing a 112-year record cold record.
Temperatures in Canada’s midwest city of Saskatoon dipped to as low as minus 42.6 degrees Celsius (minus 44.68 degrees Fahrenheit) on Wednesday, breaking a 112-year record, according to Environment Canada.
Residents of Saskatoon, in the prairies of Canada’s Saskatchewan province, were bundled up tightly even on Thursday as temperatures remained frigid at minus 34.8 degrees Celsius.
That prompted Environment Canada to issue an extreme cold warning, saying it could take just minutes for frostbite to set in. The Canadian Broadcasting Corporation reported that “buses have been cancelled, emergency shelters have been filling up, and some mail carriers are unable to do their jobs.”
The extreme weather follows a winter storm across North America affecting many Canadian provinces and American states.
The previous record in Saskatoon was minus 41.7 degrees Celsius in 1907, compared to an average low of minus 20.0 degrees Celsius for Feb. 6 in Saskatoon.