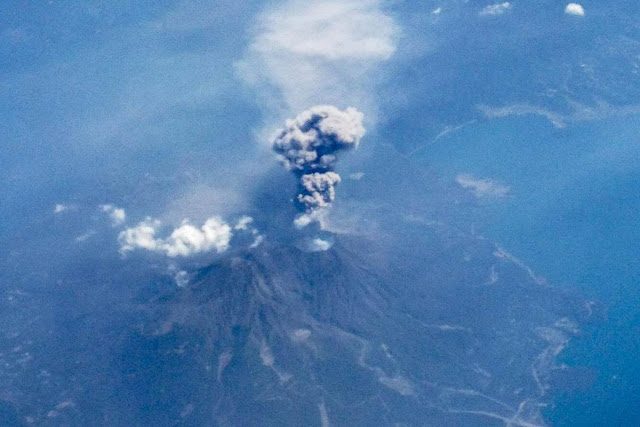 Stock photo Getty Images
Mount Sakurajima, a volcano in Kagoshima Prefecture in southwestern Japan, erupted on Tuesday morning, the weather agency here said.
According to the agency, the eruption occurred at 7:56 a.m. local time and marked the second significant event there in recent weeks.
Ash and smoke was recorded as billowing as high as 3,200 meters into the sky, the weather agency said, and was ejected from the 1,117-meter volcano's Showa crater.
The agency warned that similar eruptions could occur, although there have been no immediate reports of injury or damage as a result of the latest eruption.
The last major eruption occurred at the mountain on May 29 this year and the volcano is under Level 3, orange alert by the Japan Meteorological Agency, signifying the volcano is active and should not be approached.