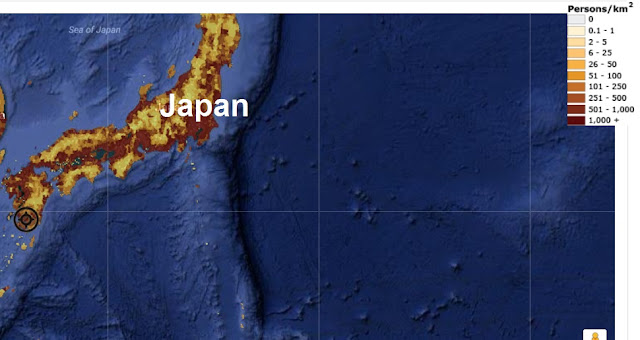 Click on link to enlarge
Mt. Sakurajima, a volcano in Kagoshima Prefecture in southwestern Japan, erupted on Friday, the weather agency said.
According to Japan's Meteorological Agency, the eruption occurred at 11:01 a.m. local time.
Ash and smoke was recorded as billowing as high as 3 kilometers into the sky, the weather agency said.
The agency warned that similar eruptions could occur, although there have been no immediate reports of injury or damage as a result of the latest eruption.
The last major eruption occurred at the mountain on July 26 last year and the volcano is under Level 3 (orange alert) by the Japan Meteorological Agency, signifying the volcano is active and should not be approached.

Just a week ago a volcanic bomb shot up about 100 meters into the sky and molten rock rolled down toward the sea on April 21 on Nishinoshima island, about 1,000 kilometers south of Tokyo, erupted for the first time in 17 months."Intensive volcanic activity will continue for a while.
Brown smoke mixed with ash was tossed out of the ground intermittently and lava poured out near the top of the island's round vent, as well as at another spot.The Japan Meteorological Agency announced the eruption on April 20 and warned it would likely continue for some time.