Hundreds of dead birds found along a beach in Costa Grande, Mexico 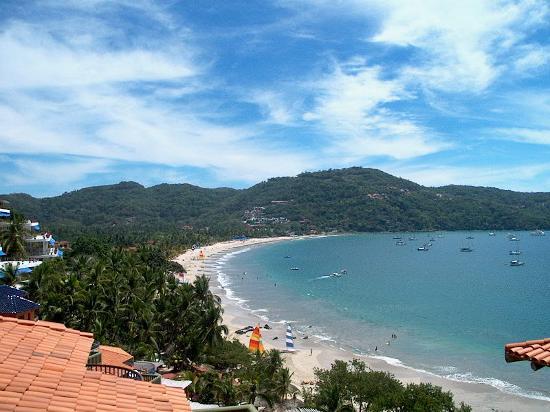 Photo Tripadvisor.com
Translated from Spanish
Hundreds of dead birds were found dead in the sand strip of La Ropa beach, Costa Grande, Mexico last weekend.
The dead birds were found in gardens as well as restaurant and house roof near the beach in this port off the Costa Grande.
Tourists and restaurant owners located on the beach were surprised to see a large number of dead birds, especially zanates and magpies.
They explained that some animals were found alive, but they died minutes later, while others showed difficulty to fly.
They indicated that the area had not been fumigated, so they ruled out intoxication as the possible cause of massive mortality.
In addition, they noted that birds feed mainly on what people give them.
José Antonio Solís Bucio, a taxi driver at the La Ropa beach site, reported that, very early on, public service workers were preparing to collect all dead birds before tourists arrived.
"I counted in a space of the entrance to the beach like 35 dead birds," he said.
So far no authority on Ecology or Environment has made any statement about the situation.