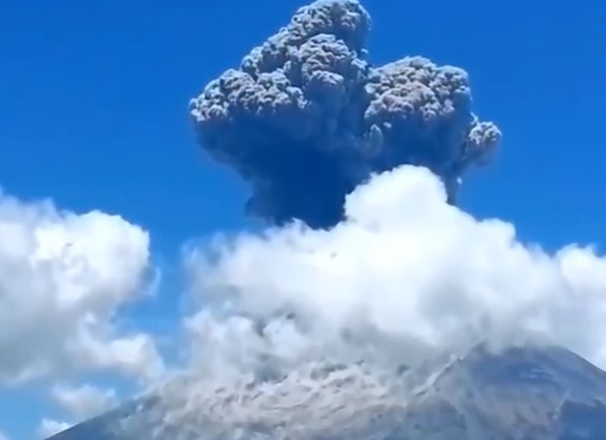 Spectacular footage of one of Mexico’s most active volcano Popocatepetl erupting has been sent to me from Francis. The colossus was filmed belching hot ash and smoke hundreds of meters into the Mexican sky yesterday by Web Cams De Mexico.
Volcano activity has been rather subdued recently however another one of Mexico’s most active volcanoes, the Colima ejected a new lava flow only this week.


We have to go back to September 1st   this year when Popocatepetl last erupted which caused a mag 3 quake; Popocatepetl is about 43 miles southeast of Mexico City.

One of Mexico’s most active volcanoes, the Colima ejects new lava flow

26 million in danger: The "big one" expected as tons of ash thrown into the sky from deadly Mexican volcano Popocatepetl
at November 26, 2016