One of Mexico’s most active volcanoes, the Colima ejects new lava flow 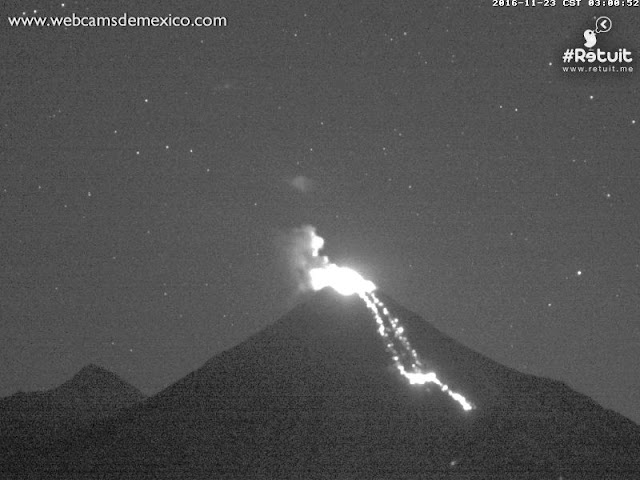 Photo WebcamsdeMexico
One of Mexico’s most active volcanoes, the Colima has erupted this week.
Volcano Discovery reported a slow release of lava was being ejected about 500 meter long on the southern flank of the volcano.
However activity is increasing as the new lava dome in the summit crater continues to grow.
It is now over-spilling the lowest point of the southern crater wall where a small lava flow is descending on the upper slope.


October and November have seen a big decrease in volcano activity.

26 million in danger: The "big one" expected as tons of ash thrown into the sky from deadly Mexican volcano Popocatepetl
at November 23, 2016