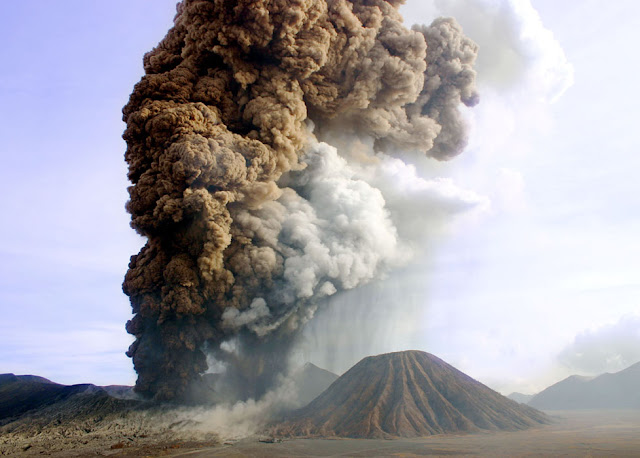 File photo www.bromojavatravel.com
Indonesia's National Disaster Management Agency (BNPB) has urged people to vacate an area stretching across a radius of 2.5km from the crater of Mount Bromo, East Java - which is seeing increasing volcanic activity, Indonesia's Antara news agency reports.
"As the alert status has been raised, the people living around Bromo and tourists/climbers are not allowed to enter the area, covering a radius of 2.5km from the active crater of Mount Bromo," said head of data and information and public relations of BNPB Sutopo Purwo Nugroho in a statement today.
Tourists are not allowed to visit sites around the peak of Bromo or the sea of sand.
Nugroho said PVMBG had established the level of activity at Mount Bromo as rising from Level II (alert) to Level III (standby) as of 6am today.
The determination was based on observations and analyses of seismic data, visual aids, and the potential danger of eruption.
Despite the increase in the standby status, Nugroho believed tourists would still want to visit Bromo. An eruption at the site could be utilised as a tourist attraction, especially for those who wish to see the beauty of the eruption, with smoke flowing out of the crater.
Although Bromo is on standby status, he noted, people around the peak should remain calm and should not enter the danger zone near the active crater.
The BNPB will continue to coordinate with PVMBG, the Disaster Management Agency (BPBD) of East Java Province, the BPBD of Probolinggo, the BPBD of Malang, and the BPBD of Pasuruan in anticipation of activity on Bromo. Since Sept 1-25, a monitoring team recorded continuous earthquake tremors, with maximum amplitude fluctuation ranging from 0.5 to 23 mm (dominant 1-3mm), earthquake gusts, shallow volcanic earthquakes and major volcanic earthquakes near the area.

26 million in danger: The "big one" expected as tons of ash thrown into the sky from deadly Mexican volcano Popocatepetl
at September 27, 2016