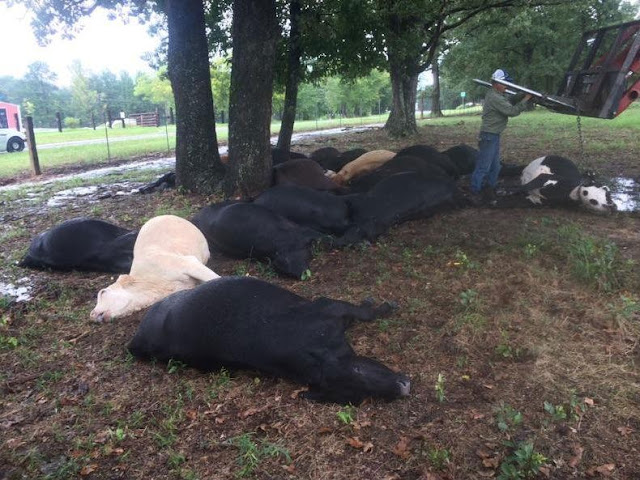 Photo www.independent.co.uk
A single bolt of lightning striking a tree was all it took to kill 19 cows who were sheltering during a storm.
In seconds, the storm wiped out about a third of the herd in Hallsville, Texas.
Their owner, Ashley Anderson, said she and her husband had never seen anything like it, and called it a freak incident.

Deadly lightning strikes is a phenomena which is on the increase due to climate change, on Monday at least 322 wild reindeer were killed by lightning in Norway.
Full story here