Friday, 12 August 2022 Nay-sayers, deniers, and sceptics, Our dear Lord gave you your own eyes and ears—USE THEM! Look around and wake up—Observe and take notice, our weather is not acting as it should be! The fires, heat, droughts and even floods are killing people, wildlife, agriculture and the planet! 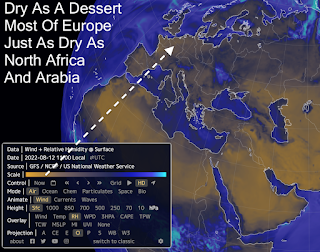 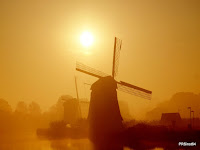 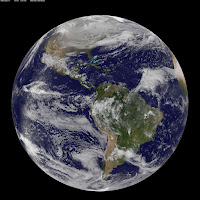 Groups of families, friends and colleagues are becoming more and more divided with no choice but to pick sides regarding their vaccine status. There is so much mistrust, doubt, skepticism and suspicion of governments, scientists, (big Pharma) and the media.

While big Pharma have once again hit the jackpot and raked in billions of dollars from covid jabs, "We The People" are left bewildered, confused and confounded as to what is the correct action to take because we have been lied to so often before, we don't know what or who to believe anymore.

Is the vaccination an experimental medicine that has not yet been approved? Or is it perfectly safe? We don't know very much about them either, especially the long time side effects, we just don't know.

Monday, 9 August 2021 Unliveable series! On the very day, the UN claims Global warming is 'unequivocally' at an unprecedented rate Southern Europe becomes the third continent in the last three years to be devastated by out-of-control record-breaking wildfires after Aus and the US.

Firefighters on the Greek island of Evia say its survival hangs 'minute by minute' on heat, wind, and rain as few residents stay behind to fend off the flames.

The Prime Minister of Greece has described the situation as ‘nightmarish.' Firefighters are struggling to contain the flames near the capital Athens.
A record heatwave is fueling devastating wildfires across much of the southern Mediterranean and eastern Europe. Hundreds of blazes have broken out – many of them multiplying in recent days.
Italy, Croatia, Greece, Bulgaria, Turkey, Albania, Kosovo, North Macedonia, and Ukraine are tackling dozens of wildfires. Scientists have linked them largely to the intense heat - which they say is made more likely and more severe by global warming.
“We used to say ‘unprecedented and historic.’ We’re past that now.” Sugar fire becomes California’s first ‘megafire’ of the year as the Dixie fire triples in size; California experienced a record wildfire season in 2020 but 2021 is already outpacing it

As the Dixie fire in Butte County balloons in size, the Sugar fire burning in Plumas National Forest north of Sacramento has become the first 100,000-acre fire in California this year. The lightning-sparked Sugar fire ignited July 2 and quickly swelled in size as crews battled extreme temperatures and strong gusts of wind.

In the days that followed, spot fires and flareups made it difficult for firefighters to gain a footing on the blaze, officials said. At one point, it grew with such velocity that its massive cloud of smoke, ash, and heat generated its own lightning.

Thursday, 22 July 2021 Frost and snow in Australia South Africa, and Brazil: After China's record-busting floods, a Typhoon and Tropical Storm are next: Dubai "seeding" the clouds desperate for rain: Extreme weather continues to wreak havoc across the planet as climate change becomes, "CLIMATE CHANGED!" 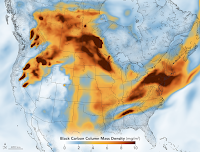 Tuesday, 20 July 2021 July 2021 will be a month to remember! Oregon is on the verge of suffering its biggest wildfire ever: Nearly 100 wildfires raging across 13 states in the US: Wildlife taking the brunt: 2 million acres burning across the Siberian Tundra!

Friday, 16 July 2021 Unliveable! It's all happening so fast our governments are clueless: Nature is hitting back; deaths in German and Belgium floods pass 100 with hundreds more missing; The 4th extreme heatwave in 5 weeks set to hit Canada and US

For years The Big Wobble has been warning people that extreme summer downpours and heatwaves would cause the places we call home, unliveable, for parts of the year at the very least.

More than 100 people have been killed and hundreds more missing in Germany, Belgium, and southern Holland after record amounts of rain have burst river banks in the areas but it was the speed of the rising water which caught many people unprepared. The UK was hit by a similar deluge at the beginning of this week and the government's advisory climate change committee told ministers the nation was even worse prepared for extreme weather events than it was five years ago, that's because these extreme events are increasing too rapidly for governments to react.

Wednesday, 14 July 2021 Unliveable! Record-breaking drought, heatwaves, wildfires, melting permafrost, and plagues promises to be a worrying summer for the United States! What is happening to our planet's weather recently is astonishing but hey, it's summer! 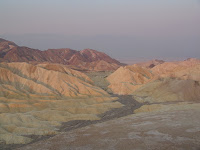 Many people who read my posts covering increasing heat on our planet often leave unhelpful comments such as, "well it's summer," or, "it's supposed to be hot!" These people, of course, are very funny if not observant, however, they often miss the word, "record," or the phrase, "hottest ever." What is happening to our planet's weather recently is astonishing.
California's Death Valley is known to be a hot place, I get that, but it hit 130 degrees Fahrenheit (54.4 degrees Celsius) Friday for only the fifth time in recorded history, that's only five days out of more than 40,000 days on record. The record for the number of consecutive days at 125 degrees or higher is 10, set in 1913 (June 28-July 5). This year, Death Valley hit 126 on July 7 and will likely continue that stretch of days with 125-plus temperatures through Tuesday. This would be eight straight days, which would be the second-longest streak in recorded history (tying eight days in 2013).

Saturday, 10 July 2021 After hottest June ever, U.S. braces for new heatwave in the West: More drought, more record-breaking heatwaves, wildfires and early named storms on the cards for the US: Nation hit with more than 30 billion dollar disaster bill in just over six-months.

Thursday, 17 June 2021 The crazy season is up and running ladies and gentlemen. After one of the coldest May's on record on both sides of the pond, the heatwaves and wildfires are back. the temperature in Death Valley, California, on Wednesday, was 126 degrees F, 52.22 deg C