Unliveable! Record-breaking drought, heatwaves, wildfires, melting permafrost, and plagues promises to be a worrying summer for the United States! What is happening to our planet's weather recently is astonishing but hey, it's summer! 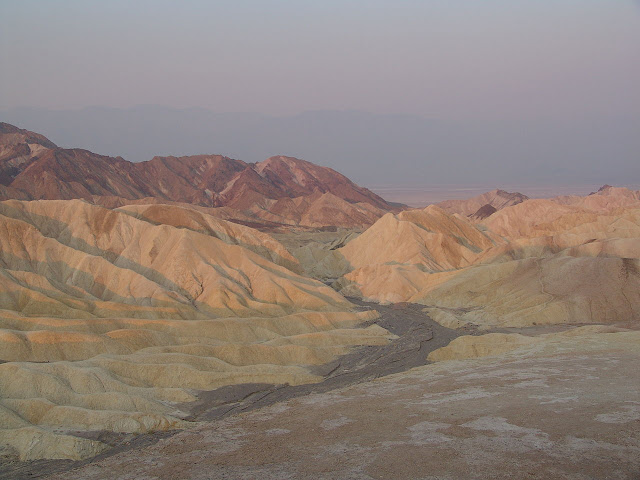 They’re also concerned the pesticides could ruin organic farms adjacent to spray zones. “We’re talking about natural areas being sprayed, this is not cropland,” said Sharon Selvaggio, a former U.S. Fish, and Wildlife Service biologist now with the Xerces Society, a conservation group focused on insects. Government officials say they will spray pesticides in low concentrations and reduce the area treated by alternately spraying a strip of rangeland, then skipping the next strip.

Across the country into Florida and another plague is killing record-amounts of marine wildlife. It is an extremely dire situation and is deliberately being under-reported. The Florida red tide plague is still killing marine wildlife and destroying the vulnerable ecosystem around the massive panhandle. The actual problem is a spiral caused by human pollution and warming temperatures which causes the algae, the algae kill the fish which causes more algae which of course kills more fish. This never-ending cycle began in 2016 and has never gone away and has created, "dead-zones," in and around Florida's coastline and the Gulf Of Mexico leaving many experts wondering if the waters will ever recover.

In Finland, a heatwave combined with a shortage of nurses is causing long queues throughout units of Helsinki University Hospital District (HUS). Emergency units are currently severely understaffed in proportion to the number of arriving patients. Significant queues have formed at emergency clinics, with some people waiting for days to see a doctor as doctors and nurses are stretched to the limit because of the heatwave. People with chronic conditions, the elderly, and young children have been particularly affected by the persistent heatwave. Finland has faced a nursing shortage since the spring. All patients coming into the ER now—no matter how minor the issue—are straining an already overburdened system.

In Bulgaria, a heatwave continues on Wednesday and Thursday afternoon this week the thermometer is expected to hit 40 deg C, 104 deg F degrees over many parts of the country.

In Spain, a heatwave has enveloped much of the country last weekend, driving temperatures to extreme levels and sending locals and tourists scurrying for shade and cooling waters. National weather office AEMET issued heat warnings for most of the country, with the thermometer forecasted to rise above 40 degrees Celsius (104 degrees Fahrenheit). Spain's first bout from the extreme heat of the year is forecast to spread east on Monday. Only a sliver of Spain's northern Atlantic coast will be spared. Temperatures rose to 44 Celsius, 111 deg F Sunday in Murcia, in southeastern Spain, according to the Spanish meteorological bureau. Spain's highest temperature on record is 49C.

While all these weather events are going on, let us just spare a thought for the billions of animals who won't make it this year.

I'm also disgusted at the "it's summer" type of comments.
Another classic is "the planet has experienced these temperatures before", which is true, but what has never happened before is the speed at which these changes are happening, leaving the species with no time to adapt to the new conditions.

Aye, indeed, the planet has experienced these temperatures before. Then the seas were 80' higher and climate instability meant we didn't grow crops on scale.

Chapter 6 is the one to focus on, including the box "Will we be too stupid to be hunter-gatherers?" {the answer is yes}
but the line at the end of chapter 6.2 is great:
"There will be some wildlife slaughter in the period of the contraction - there is a massive amount of guns on the planet - but the limiting factor will be ammunition which will run out quickly. Most of it will be used on other humans if history is any guide." :)

Of course, the paper ignores the melting down of 450 nuclear reactors as the energy supply to keep them cool becomes intermittent, so it is still in the hopium category, but worthy of a read I think.

Look it up please and note the reporter tells in the first few paragraph's: Technology used to make artificial rain to help exhausted firefighters put out fires and get in to hard to reach terrain.
" here, as in other areas of Yakutia, artificial rain was triggered by an Antonov-26 CLOUD SPIKING PLANE."
"Clouds are laced with a CHEMICAL COCKTAIL of WEATHER CHANGING silver iodide, liquid nitrogen, and dry ice."

Hello geoengineering to save the burning arctic! Using the cause to cure. Do you believe it yet?