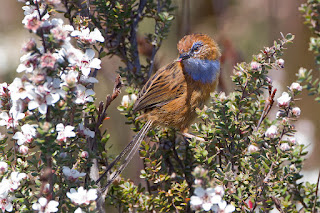 South Australia's tiny southern emu-wren, credit Wikipedia.
A small post about rocket launches posing an extinction-level threat to South Australia's tiny southern emu-wren caught my attention this morning in the Guardian. Conservationists are warning that a tiny southern emu-wren, under threat from rocket launches, could be listed as endangered within days. Conservationists say planned rocket launches on the Eyre Peninsula in South Australia pose an extinction-level threat to the wren, one of Australia’s smallest birds.
Thursday, 13 October 2022 Project Cirrus! A Dedicated Post To Hawkeye! A Dear Friend: She has not been in touch since Hurricane Ian made landfall in her area but has spent years trying to convince TBW readers weather modification is real: Below are two controversial PDF files proving her right! 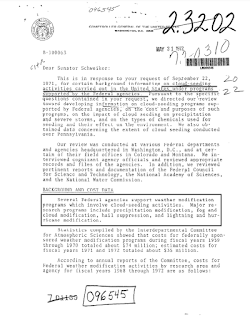 Left, a page from the Comptroller General of The United States Washington DC. May 31 1972 sending information to Senator Schweiker in response to information over cloud seeding and other weather modification programs including "hurricane modification." PDF file.

This morning Bill Laughing-Bear sent me a video from a lady (can I say "lady" these days?) YouTuber, Peggy Hall. Peggy Hall has dug up some rather incriminating evidence which points to the US government and US federal agencies being involved in weather manipulation and especially, cloud seeding and hurricane and wildfire manipulation. I will post Peggy's video below this post.

I wanted to bring these incriminating documents to our reader because, one of TBW's most prolific commentators on geoengineering and weather modification, our very own, sui generis, Hawkeye, has not contacted TBW for 17 days, since Hurricane Ian made landfall in her area of southwest Florida.

Monday, 13 December 2021 Time to fess up! The stress of trying to keep going, keep doing the "right thing," is causing a pandemic of mental health in our western society which is causing an unprecedented breakdown in public civility! The 2 Timothy: 3-9 prophecy has arrived! 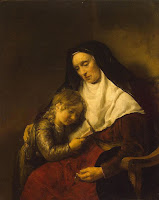 Rembrandt's Timothy and his grandmother, 1648.
People are becoming oblivious to what is happening around them!

Over the weekend I was appalled to read about the record-breaking number of powerful tornadoes which caused deadly carnage to areas of the US. However, it was not the devastation of the tornadoes that shocked me but the actual comments posted by the American people. "This is not news, it happens every year!" or "This normal." "It's just weather, get over it!"

Folks, these same comments, or at least similar, can be found under the record-braking fires around the world happening recently, or the record-breaking storms, floods, droughts, heatwaves, cold waves our sick world is enduring. But it's not just the weather... I wish it was!

Sunday, 14 November 2021 Our leaders are spewing "climate rhetoric-blah, blah, blah" for one reason: You can see it in their attitude, behavior, and manners. they know they can't save the planet its too late! A Great Re-Set was planned years ago, however the real "RE-SET" happened in 1957!

As COP26 ended in somewhat chaos, three words come to my mind! "Blah, blah, blah." Greta Thunberg might not be your favorite zoomer but her dismissal of our world leaders climate rhetoric as "blah, blah, blah" at the beginning of COP26 in Glasgow was not just spot-on but frighteningly so!

Let me explain, unfortunately for Greta Thunberg and her army of Zoomers and Generation Alphers, Millenials, Generation X, and Baby Boomers, the penny has not quite dropped. You see our leaders are spewing  "climate rhetoric-blah, blah, blah" for one reason and one reason only! And you can see it in their attitude, behavior, and manners.

You see, dear reader, they know we "can't save the planet," it is broken, much too far down the line to fix, they don't know how to stop the slide, hell-the "supercomputers" they have built to better understand and take the problems can't help them.

Thursday, 4 November 2021 Americans called to "educate themselves," after Water utilities have identified "56 new contaminants" in drinking water over the past two years, a list that includes dangerous substances linked to a range of health problems such as cancer, reproductive disruption, liver disease and much more 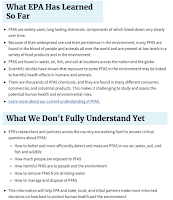 Thursday, 16 September 2021 A new problem for the stricken Nuclear Plant Fukushima: Radiation readings found near the surface of the lid of reactor No. 2 containment vessel is "dozens of sieverts per hour," lethal to humans as TEPCO clean-up appears to be going backward and still no end in sight!

TEPCO said they would clean up Fukushima by 2051 back in 2011, even though they had no known technology cable of such a task back then or even now! And more than ten years on they appear to be going backward in managing a problem that has no wish to go away and could still be around 25,000 years from now and I'm not kidding...
According to Arnie Gundersen of the Fairwinds website, the government of Japan claims that the Fukushima site will be entirely cleaned and decommissioned in less than forty years, that is scientifically impossible since some radioactive isotopes will be spread across the Fukushima site and surrounding landscape for 300 years and others for 250,000 years and a new problem has arrived.

Sunday, 12 September 2021 Our Environment Is Collapsing Just As Severely As Our Society! But The United Nations is being hailed as an exceptional achievement. Since 1945 they have delivered independence, peace, prosperity, justice, human rights, hope, and support for billions of people... Really?

Peace, dignity, and equality on a healthy planet? The finest example of "doublespeak" you could ever wish for!
Back in 1945, just as WWII was coming to a close, nations around the world had been left in ruins and craved peace. Representatives of 50 countries gathered at the "United Nations Conference on International Organization" in San Francisco, California from 25 April to 26 June 1945. For the next two months, they proceeded to draft and then sign the UN Charter, which created a new international organization, "the United Nations," which, it was hoped, would prevent further cataclysmic events such as the two successive world wars, genocide, a devastating influenza pandemic, a worldwide economic depression, and crippling hunger and poverty across the war-torn world.
But first, the Japanese would have to be brought to their knees with not one nuclear bomb, but two, killing hundreds of thousands of innocent victims in Hiroshima and Nagasaki. Why two? One would have done the job, surely?
Thursday, 8 April 2021 Breaking News: Update From Dr Greer " EXPOSING THE "ALIEN THREAT" HOAX." The Cosmic Threat: How the Military-Industrial Complex that Eisenhower warned us about is really founded in illegal UFO secrecy

Sent to me by Carol Rosin

Dr Steven Greer went live TODAY at 6PM EST to discuss how you can be part of the 20th Anniversary of the Disclosure Project National Press Club Event.

Manatee County issued an emergency evacuation order for nearby residents of the troubled Piney Point industrial site after a breach was discovered Friday afternoon, sparking fears that it could lead to millions of gallons of polluted water flooding the neighbourhoods and the collapse of the gypsum stacks, which contain radioactive material, triggering an environmental disaster.
“Working with the Florida Department of Environmental Protection, HRK Holdings and county administration, we felt that the threat was imminent and ordered an evacuation,” said Manatee County Director of Public Safety Jacob Saur, whose department includes emergency management.

Wednesday, 24 February 2021 Radioactive caesium five times above-permitted levels have been detected in black rockfish caught in northeastern Fukushima Prefecture: As the 10 year anniversary of the Japanese disaster approaches TEPCO still no closer to fixing the problem

Radioactive caesium five times above permitted levels in Japan has been detected in black rockfish caught in northeastern Fukushima Prefecture, according to a Feb. 22 announcement by a local fishing association.

Some 500 becquerels per kilogram of caesium was found in black rockfish caught at a depth of 24 meters about 8.8 kilometres off the town of Shinchi, exceeding the national standard level of 100 becquerels per kilogram. The Fukushima Prefectural Federation of Fisheries Co-operative Associations has since halted the distribution of the fish until it can confirm their safety.

Thursday, 14 January 2021 It is much worse than they are telling us: Up to 1 million: species threatened with extinction: Tens to hundreds of times: the extent to which the current rate of global species extinction is higher compared to the average over the last 10 million years, and the rate is accelerating

In May 2020, the UN released a paper on natures unprecedented dangerous decline and the accelerating extension of our species here on Earth. And in a typical UN goody-goody counterclaim, they say:
The report also tells us that it is not too late to make a difference, but only if we start now at every level from local to global. But if we analyse the UN's own figures along with other leading experts it is painfully obvious and a blatant lie that with a little tender-loving-care we can make a difference and turn things around. It's too little too late.
Man-made disasters 2020
Man-made disasters 2019

Beyond belief what dr. Sherri Tenpenny explains about covid19