It's the latest non-native species to invade communities in Puerto Rico like iguanas and caimans did before them, although these are proving particularly hard to control and can't be killed for food because they carry so many diseases. 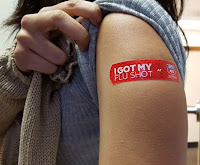 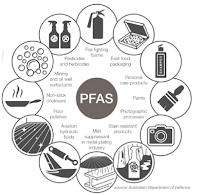 At least 500 hundred drinking water wells that serve up to 9 million Californians have potentially dangerous levels of a highly toxic family of chemicals and some of the worst are right here in the Bay Area. Surrounded by lush green fields, Pleasanton often makes the top ten list of desirable places to live. But a new list just out is nothing to boast about. "I was just floored," said Pleasanton resident Jill Buck when she found out her town made the top ten for dangerous drinking water

Pleasanton relies heavily on groundwater for tap water but stopped using one of its wells last fall after state-mandated testing found it contained potentially unsafe levels of two chemicals that are part of a family called per and polyfluorinated chemicals or PFAS.

The Coronavirus outbreak has thrown a wrench into the second biggest economy in the world, bringing the Chinese economy to its knees and dragging down global growth with it.
The locust plagues are destroying crops and economies of the worlds poorest nations
The African Swine Flu outbreak (“There just isn’t enough pork in the world to fill the gap.”)
Aussie bushfire outbreak ( An incredible 66% decrease in summer crop production down to 878,000 tonnes.)
Storm Ellen is likely to be the 4th "Once In A Life Time Storm" to hit Ireland and the UK in less than two months this weekend costing billions to the insurance companies
Avian Flu, New Europe outbreak feared: 200,000 birds dead or culled in the first 2 weeks of 2020
The very people claiming others are spreading fake news regarding the coronavirus virus are themselves feeding us a never-ending diet of false news: Hero Dr. who tried to warn the world was ordered to stop "spreading false rumours" 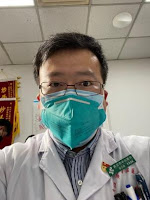 Hero! Dr Li was one of eight people who police said were being investigated for "spreading false rumours"
I am reading from around the net that websites and blogs are being shut down for spreading false and fake news concerning the coronavirus when in many cases it is our media and leaders who are spreading fake news.
In early January, authorities in the Chinese city of Wuhan were trying to keep news of a new coronavirus under wraps. When one doctor tried to warn fellow medics about the outbreak, the police paid him a visit and told him to stop. It's a stunning insight into the botched response by local authorities in Wuhan in the early weeks of the coronavirus outbreak. Dr Li was working at the centre of the outbreak in December when he noticed seven cases of a virus that he thought looked like Sars - the virus that led to a global epidemic in 2003.
TEPCO says new leak has spilt 20,000 litres of radioactive coolant at the stricken Fukushima Nuclear Plant: It is now almost 7 years since Prime Minister Shinzo Abe declared everything is "under control,"

Tokyo Electric Power Company says coolant has seeped out from an underground frozen soil wall built around its crippled Fukushima Daiichi nuclear plant. The frozen soil wall came into operation four years ago. It was built to keep groundwater from flowing into reactor buildings. They were damaged by the March 2011 earthquake, tsunami and subsequent nuclear meltdowns.
The utility firm, TEPCO, says it found coolant leaking at three locations from components that connect pipes in the wall. The company had noticed a reduction in coolant in its tank earlier this month and was searching for the cause.