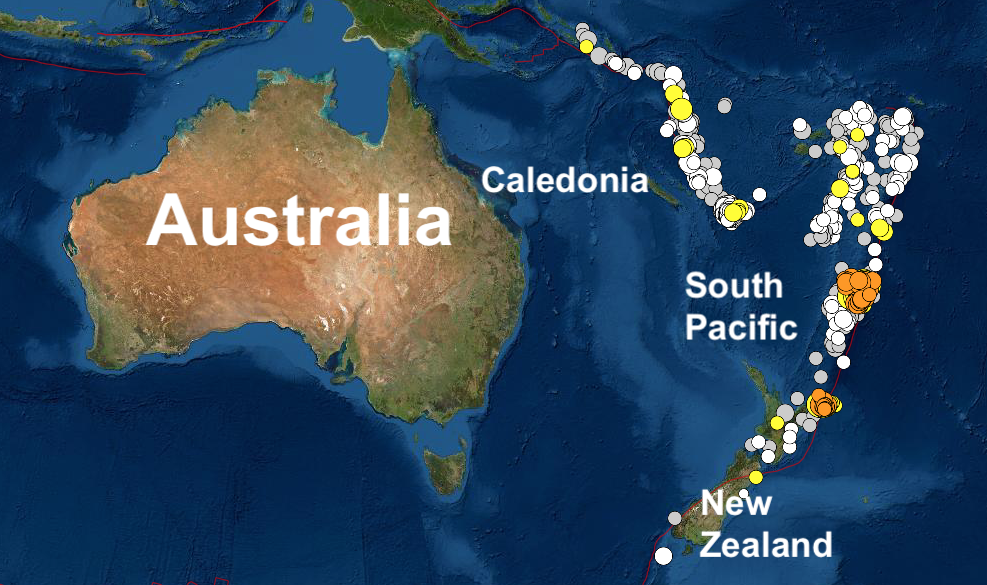 You can see the work of Bill McGuire and Pietro Sternai who have written about the links between climate cahnge and the frequency of volcanic eruptions or you can read this explanation :
he climatic change does not change Earth alone, but it bears effects into the SOL system to the Kuiper Belt, and probably even much farther into space. If the ocean currents are intermingling, they create tremendous amounts of energy through their huge masses of water, which are influencing the gravitational field, besides the contraction and compression of the Earth’s atmosphere, which has already imperceptibly started. Through the whole thing of the already occurring climatic change, inevitably the first changes have arisen in the fauna and flora which are not yet been detected by the scientists, unfortunately, but from which sooner or later visible consequences will emerge. The time has already come that the climate change is moving around gigantic masses of ice and water through which dangerous pressure effects on the earth’s crust are created and tectonic shifts are provoked. This inevitably leads to more severe earthquakes and volcanic eruptions, as is also the case with large reservoirs, which is still disputed by the bigoted scientists; not seldom because they don’t want to admit the truth or are paid for their false calculations by the billions-worth companies. However, what is not heeded with the necessary care is the fact that through the melting of the inland-glaciers of all countries, as well as the melting of the glaciers of Greenland, the Antarctica and Arctic, the sea level rises, which finally leads to disastrous geological consequences. Greenland's gigantic ice-surfaces, the two poles and the inland-glaciers of all countries with many billion tons of weight on the underground, which is pressed deep into the earth's crust, by which great depressions have been formed. If the gigantic masses of ice now are melting, the pressure on the underground diminishes and, as a result, it is moving very quickly upwards, and the relaxation leads to the disappearance of the depression. This is not harmless, however, because tectonic movements are resulting through the relaxation, through which earthquakes of all strengths are increasingly released. In another way, through the emerging melt-water the sea level is rising, through which the coastal regions are plagued by new hydraulic pressure. As a result, the underground is changing, however at great depths, where great magma-masses are moved and driven into volcanoes, which leads to new and increased volcanic eruptions. But the total of the immense increase of the water-masses in the oceans leads to another evil effect, because they (the water-masses) are influencing the rotation of the earth, in a way that the planet starts turning faster, and a change in the time of day is caused. However, this is not all that results from climate-warming because, truthfully, the human being is also negatively influenced by it in a physical, psychic and mental way. Thus depressions arise that are spreading more and more among many people on earth and are turning into chronic conditions. Disorders of consciousness also appear more frequently, and so states of anxiety as well as thoughts and feelings of loss are spreading more and more, just as the cooling of thoughts and the resultant callousness. Brutality, violence and unscrupulousness become ever more blatant and lead to the murder of fellow human beings. All evils are increasingly getting out of hand, just as greed for enjoyment and the addiction to alcohol, medications, drugs and the adrenaline-kick. This is happening because the human being’s mental health is damaged by the climate change, and the anatomy of the brain is changing, even if this happens only imperceptibly for the time being and has not yet been recognised by the scientists – and will probably be disputed, since I openly mention this fact and truth.