Chile is rockin'-and-a-rollin' with 5 major quakes this week, (mag 6 or higher) and some very large aftershocks: 3 major quakes this morning with a magnitude 6.6 Mid-Atlantic Ridge being the strongest: First six days of September has delivered 6 major quakes. The total for the year is 90 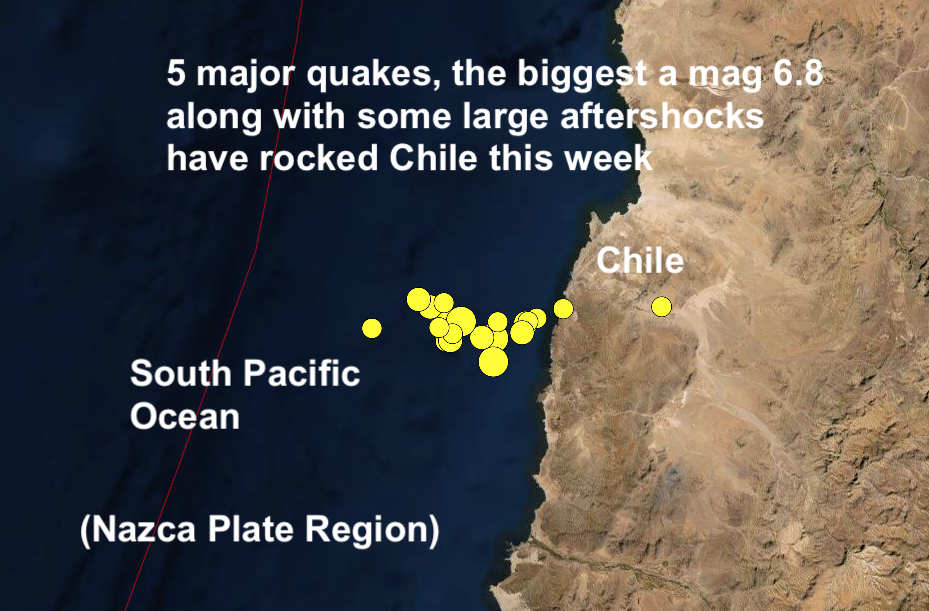 Chile rockin' and rollin', credit USGS. No tsunami warning advisory or threats from the quakes today.

We have had an incredibly seismic few hours with three major quakes, (mag 6+) happening across the globe and a rather busy beginning to September as well. A magnitude 6.6 rocked the Mid-Atlantic Ridge with a powerful, shallow quake just 10 km deep.