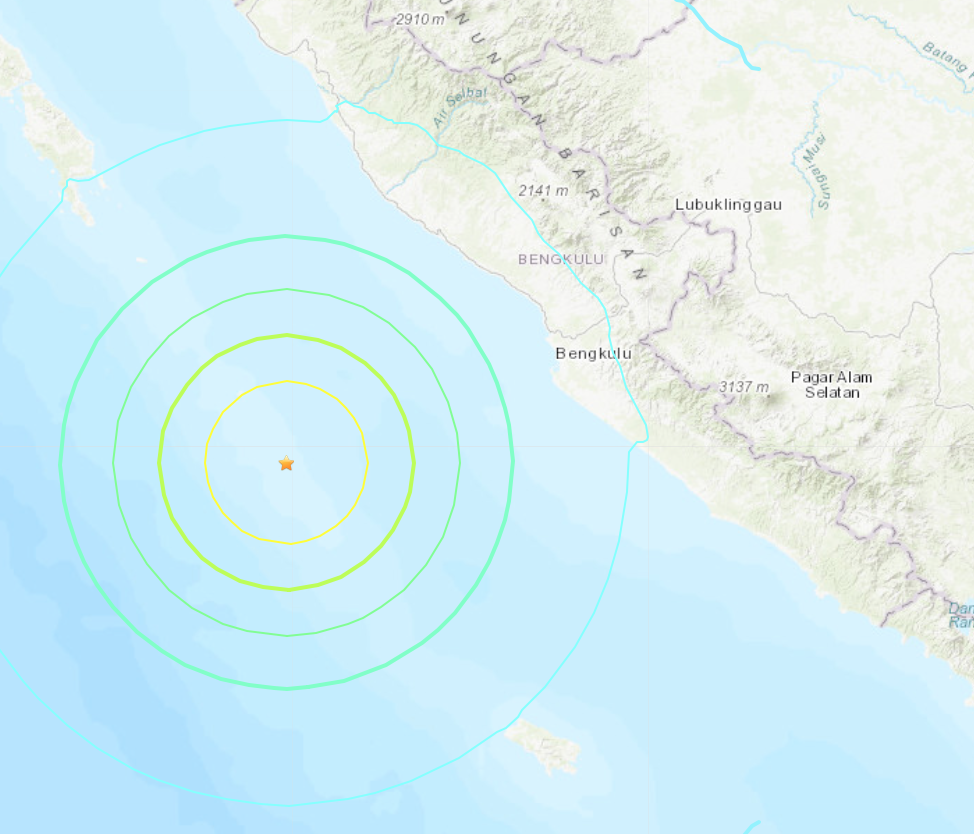 The Pacific Ring Of Fire continues to shake. Two more major quakes (Mag 6 or higher) have rattled Indonesia this morning. A magnitude 6.9 aftershock rocked Southern Sumatra just minutes after a magnitude 6.8 shook the same area. Both of the powerful quakes were extremely shallow at 10 km.

No tsunami warning has been issued and there were no immediate reports of casualties or damage. Indonesia’s meteorology, climatology and geophysical agency said the quake was felt in cities in the area including Bengkulu, which was the nearest to the epicentre, and Padang.

On Boxing Day in 2004, a magnitude 9.5 quake off the coast of Sumatra triggered a massive tsunami that killed around 226,000 people along the shorelines of the Indian Ocean, including more than 126,000 in Indonesia.