Rage Against the Machine: Jobless, bankrupt, penniless, homeless, hungry and angry; Why the next pandemic will make the Covid-19 look like a picnic in the park on a sunny afternoon in September. 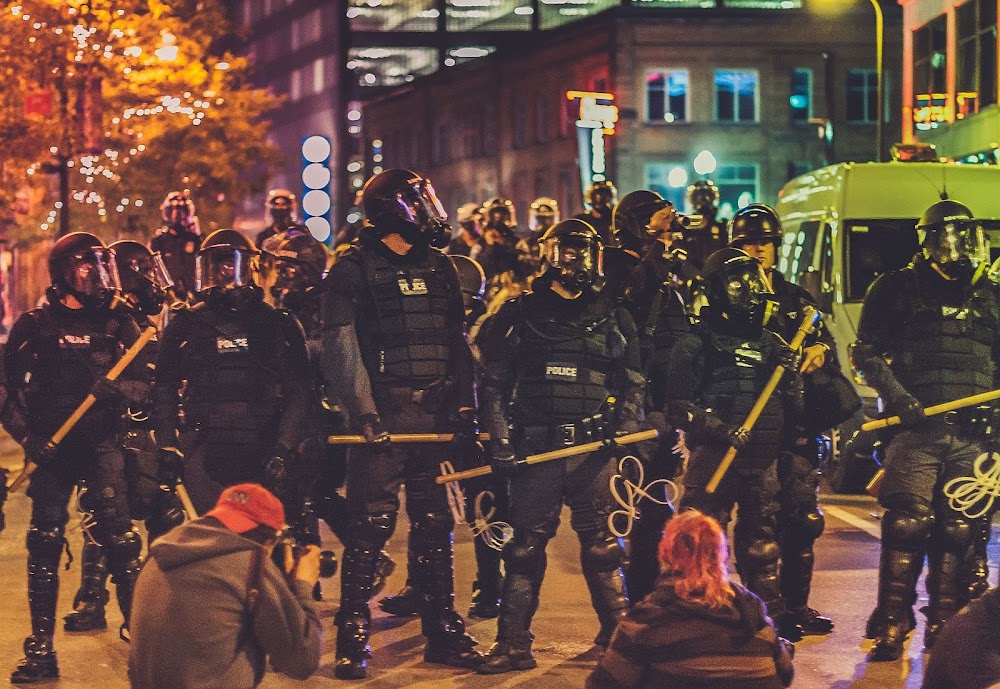 Credit Tony Webster from Minneapolis, Minnesota - Rage Against the Machine

You don't have to be a rocket scientist to realise the world is entering a new pandemic which will make the Covid-19 look like a picnic in the park on a sunny afternoon in September. The new pandemic has already taken root and is quickly spreading its tentacles around the world. This new pandemic did not start in China, no this pandemic started in the West, in America of all places. The new pandemic is called civil disorder and is coming to a city or town near you very soon.

The BLM movement has been calling for the Police to be defunded, well folks, they can stop. Police forces all around the world are being defunded thanks to the Covid budget crunch along with all the other civil services. The coronavirus is alive and kicking, almost 22 million cases and the death toll approaching 1 million and instead of dying off, the virus is increasing at an alarming rate. The number and rate of child cases have been "steadily increasing" from March to July. Many working parents at breaking point trying desperatly to hold onto jobs which are disappearing before their very eyes. In major cities across America, New York, California, San Fransisco, the rich and famous are leaving in droves, leaving the streets to be taken over by homeless people, junkies and violent criminals. NYC moms are fleeing the Upper West Side amid crime and chaos.

According to a recent survey by The Wall St Journal, the number of Americans who say they can’t afford enough food for themselves or their children is growing and it is likely to get larger now that some government benefits have expired. A federal moratorium on evictions has now expired and the politicians are not close to a deal on a new economic rescue package. Advocates and experts warn that an unprecedented crush of evictions is coming, threatening millions of Americans with homelessness as the pandemic continues to spread.

As of late last month, about 12.1% of adults lived in households that didn’t have enough to eat at some point in the previous week, up from 9.8% in early May, Census figures show. And almost 20% of Americans with kids at home couldn’t afford to give their children enough food, up from almost 17% in early June. In some states in the US struggling farmers are working with overwhelmed food banks to stay afloat. According to figures from the Food Standards Agency (FSA) in July, millions of people went hungry or relied on food banks during the first few weeks of lockdown in the UK.

The presidential run-up is adding to the tension. In Michigan, on Friday the left and right came to blows. The right-wing Proud Boys group and left-wing Antifa protesters brawled during an ugly clash in Michigan showing the massive disparity between the two parties. Protesters from the left and right ends of America’s political divide squared off for hours on Saturday in the city of Stone Mountain fighting, over race, politics and the massive granite carving of Confederate leaders in the adjacent state park. The protest drew dozens of heavily armed private militia from around the state, neighbouring states, and as far away as Arkansas. They were motivated by the taunting of the leader of an all-black militia who marched on Stone Mountain Park July 4, but they also expressed their rage over the removal of Confederate monuments, shared conspiracy theories, and voiced their support of President Donald Trump. Full story

The 80th night of Black Lives Matter protests in Portland turned violent, with police declaring yet another riot as demonstrators threw rocks and projectiles at officers and their vehicles. Police said two cops were hospitalized. More than 200 people showed up to an anti-police brutality protest in East Portland on Saturday night. What began as peaceful demonstration later turned violent as protesters began moving into residential areas, throwing rocks and projectiles at police property and officers.

Civil Unrest has been spilling onto the streets of cities around the world recently and appears to be accelerating as the year rolls on. The most recent saw the Polish nationalists and LGBT activists face off in Warsaw yesterday.

Fresh strikes are expected in Belarus after a weekend which saw tens of thousands take to the streets to demand the departure of long-term President Alexander Lukashenko. Crowds of protesters gathered in the Spanish capital on Sunday to voice their opposition the mandatory use of face masks and other measures imposed to contain the spread of coronavirus.
Boogaloo 2020

Someone was asking on BlackBear News if there is any country that DOESN'T have demonstations or riots going on?

Some been going on in Holland I note, sparked by people opening fire hydrants to cool off and the authorities objecting to them doing that, apparently.

We don't need climate change to cause the breakdown of current "civilisation":
90% chance of societal collapse due to deforestation and over-population
https://www.nature.com/articles/s41598-020-63657-6
reported here:
https://www.vice.com/en_uk/article/akzn5a/theoretical-physicists-say-90-chance-of-societal-collapse-within-several-decades

Stay civil & keep helping others, do not give into the darkness of hate. God bless us all. Amen.