As the Westcoast of America suffers an almost unbearable heatwave which is likely to last at least another 10 days, the highest temperature ever recorded here on Earth may have been beaten yesterday. 130F (54.4C) was recorded in Death Valley National Park on Sunday 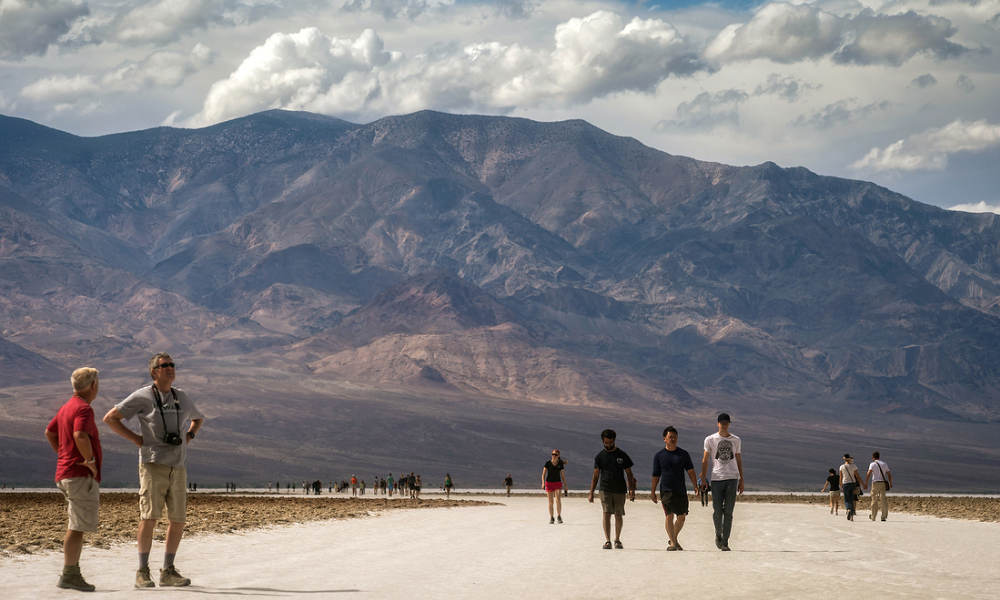 Credit BNONews
As the Westcoast of America suffers an almost unbearable heatwave which is likely to last at least another 10 days, the highest temperature ever recorded here on Earth may have been beaten yesterday. A temperature of 130F (54.4C) was recorded in Death Valley National Park, California on Sunday. If the temperature is verified by the US National Weather Service it will be the highest temperature ever reliably recorded on Earth.
The hottest temperature reliably recorded on Earth was 129.2F (54C) - also in Death Valley in 2013, however, a higher reading of 134F, or 56.6C a century earlier, also in Death Valley, is disputed. Back in late July 2020, Death Valley recorded a temperature of 128 deg F, (53 deg C).
The World Meteorological Organization (WMO) has officially evaluated temperature record extremes of 54.0 °C at two locations, one in Mitribah, Kuwait, on 21 July 2016 and a second in Turbat, Pakistan, on 28 May 2017. In its most intensive evaluation ever undertaken, the WMO Archive of Weather and Climate Extremes has verified the Mitribah observation as 129 deg F, 53.9 °C (± 0.1 °C margin of uncertainty) and the Turbat one as 128.6 deg F, 53.7 °C (± 0.4 °C). The Mitribah, Kuwait temperature is now accepted by the WMO as the highest temperature ever recorded for the continental region of Asia and the two observations are the third (tied within uncertainty limits) and fourth-highest WMO-recognized temperature extremes. Significantly, they are the highest, officially-recognized temperatures to have been recorded in the last 76 years. If verified, Sundays 130F (54.4C) will blow all the old records away but wait...Temperatures there are expected to rise in the coming days!
Climate Change 2020
Front Page Headlines
at August 17, 2020

Gary, no matter how much truth you post, some will disagree, I find your site #1 for current event news on my saved bookmarks, #1 for a reason. Keep on telling truth, no matter what. we not only face shills in the USA and many countries (who do not live here!) but out of China. I find your site informative and absolutely necessary (to me). if they do not appreciate you and all of your years of hard work and research, i do!
I am going to start signing with my name instead of Green Sleeves, so if anyone feels the need to disagree with me, they can call me by name.

Thank you Jo, stay safe. I hope you are both feeling better

Thank you Gary, I still have shortness of breath but my husband has recovered completely. I have put my health in God's hands. I feel I am still here for a reason. Maybe to be a dissenting voice of reason if my kids and grandkids are tempted to take the vaccine and etching mark of the beast) that has lucifease, i have also heard the vaccine will add a 3rd strand of DNA, i always thought it would be a microchip but i found out the word translates to also an etching on or at the wrist as well as the hand. scary stuff
may God bless you with good health and wisdom