More than a thousand people have died and millions have been displaced and the torrential rain just keeps on coming. 160 killed by flash floods in Afghanistan with a further 41 in Nepal and another 12 dead in India: 19 dead in Pakistan as the unprecedented rainfall continued last week 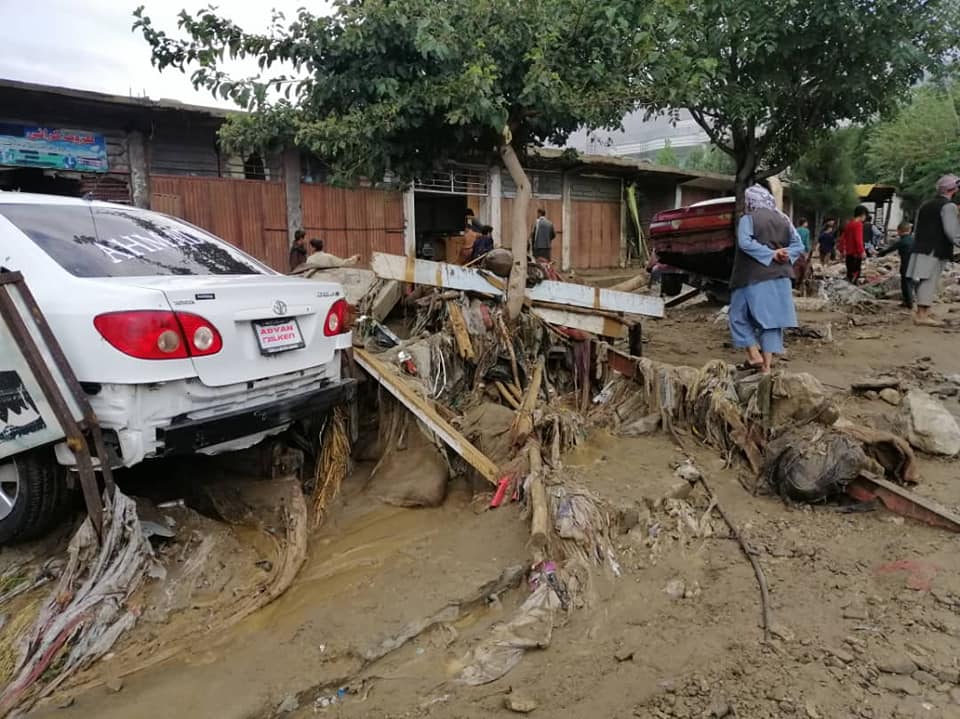 Flash flooding in Afghanistan, credit FloodList.com
A series of torrential rainfall events have been hitting Western Africa, Indo Pakistan, Bangladesh China and Japan on and off since the beginning of June. More than a thousand people have died and millions have been displaced and the torrential rain just keeps on coming.
KABUL (Reuters) - Rescuers in Afghanistan continued to search amidst mud and rubble for missing people on Saturday after flash flooding this week killed around 160 people and washed away homes across the country, officials said. Thirteen provinces, mostly in the country’s north, had been affected by floods, according to the Ministry for Disaster Management.
KATHMANDU/AHMEDABAD, India (Reuters) - A landslide and floods caused by heavy rains have killed at least 41 people in Nepal and India in the past week, officials said on Monday, as the annual monsoon season enters its final stretch after claiming hundreds of lives in South Asia.
At least 84 people have died and 381,770 affected by heavy rains and flooding in Sudan since the start of the rainy season in July this year.
Ten people, including four children, were killed after a landslide buried five houses in remote west Nepal on Sunday, a Home Ministry official said. At least 269 people have died in mostly mountainous Nepal this year in landslides and floods, while another 76 people are missing. The monsoon season that began around June in South Asia ends in September.

12 dead, in Odisha, India. Odisha Rainfall: Five more people lost their lives in rain-related incidents in the state on Friday, raising the deaths to nine, while 4,15,817 people in 10 districts are affected, an official said.

In Karachi Pakistan, 19 more people lost their lives in various rain-related incidents on Friday, bringing the total number of causalities in the port city up to 50. Nearly all major roads of the city remained underwater, hampering routine life in the provincial capital. Nine more people lose their lives in Punjab and at least six were killed in Khyber Pakhtunkhwa as unprecedented rainfall across the country has continued to cause devastation in all provinces.

In Uganda, the government reported that rising water levels on Lake Albert and Lake Kyoga had displaced over 8,700 people in Buliisa, Nakasongola and Amolatar districts. Prime Minister Ruhakana Rugunda visited affected areas on 23 August. He said: “The devastation caused is immense. The Government of Uganda has provided initial relief to the people affected by floods and will do more.

Flooding from heavy rains in Niger has killed at least 45 people this week and forced more than 226,000 from their homes, officials in the West African nation said Friday. Niger's western region has been hardest hit by days of rain that caused the Niger River to overflow, essentially shutting down the capital, Niamey.