Middle East Tension Esculating! Massive explosion rocks central Beirut shaking buildings several hundred feet away. The size of the blast heard across the country raised suspicions it might have resulted from a rocket strike 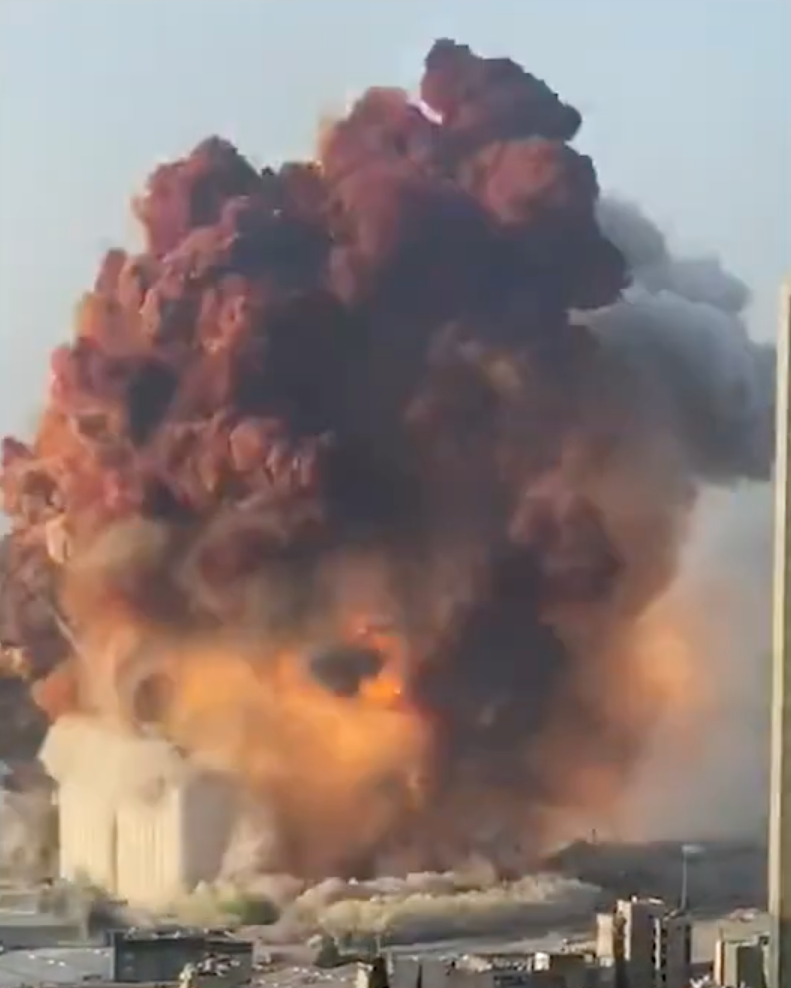 A video circulating on social media shows a massive explosion rocking central Beirut - shattering windows, knocking down doors and shaking buildings several hundred feet away. Lebanon’s health minister told journalists a ship carrying fireworks had blown up in the port, though the size of the blast heard across the country raised suspicions it might have resulted from a rocket strike or detonation of explosives - deliberate or otherwise. The source of the blast has not been confirmed.
xx
Boogaloo 2020

This was almost certainly Turkey who had a secret munitions store right next to the fertiliser (that had been there since it was confiscated in 2016!) The Turkish government knows that they are being kicked out of the area (Macron & Trump) so didn't want their stash uncovered. Whether they knew the volatile fertiliser was there is another question. I think probably not. Now they have even more blood on their hands for their reckless actions.